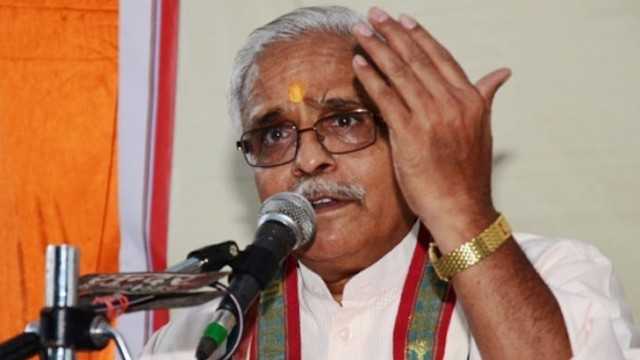 New Delhi: Pointing out that the sentiments of devotees “cannot be ignored” following the Supreme Court verdict for allowing entry of women of all ages in the Sabarimala Ayyappa temple, the Rashtriya Swayamsevak Sangh, on Wednesday, called upon all the stakeholders to meet and address this issue availing all “judicial options”. The RSS, however, maintained that the Supreme Court judgment must be respected.

General secretary of the RSS Suresh Bhaiyyaji Joshi, in a statement said: “The current judgment on the Sabarimala Devasthanam has gathered reactions across the country. Whereas everyone respects the temple traditions that are followed by the devotees, we need to honour the Supreme Court judgment.”

The Supreme Court in the landmark judgment, on September 28, lifted this ban on an entry of women of all ages in the famous Kerala temple. In most of the judgment, court had observed that the biological and physiological factors cannot be given any kind of legitimacy for this ban, and stressing that men and women have equal rights.

Until the Supreme Court ruling, women of menstruating age were barred from entering the temple.

The RSS said the issue was related with the sentiments of thousands of devotees across the world, who are now protesting against the “forceful breaking of the tradition”.

Joshi said: “It is the issue of local temple faith and tradition to which the sentiments of worldwide devotees, including women, are linked. The sentiments of devotees can’t be takes for granted while considering this judgment.”

Assailing the Left Democratic Front government of Kerala for saying it won’t file a review petition against the Supreme Court verdict, the RSS said: “Unfortunately, the Kerala government has taken some new steps for implementing this judgment with an immediate effect without having sentiments of these devotees into consideration. There’s the obvious reaction by the devotees, particularly, who have come out to protest against forceful breaking of this tradition.”

The Kerala chief minister, Pinarayi Vijayan, on Wednesday, said state will make sure all the protection and facilities to the women devotees who are visiting this shrine. He added that there will be women police personnel deputed from Kerala and other neighbouring states just to ensure proper law and order in the state.