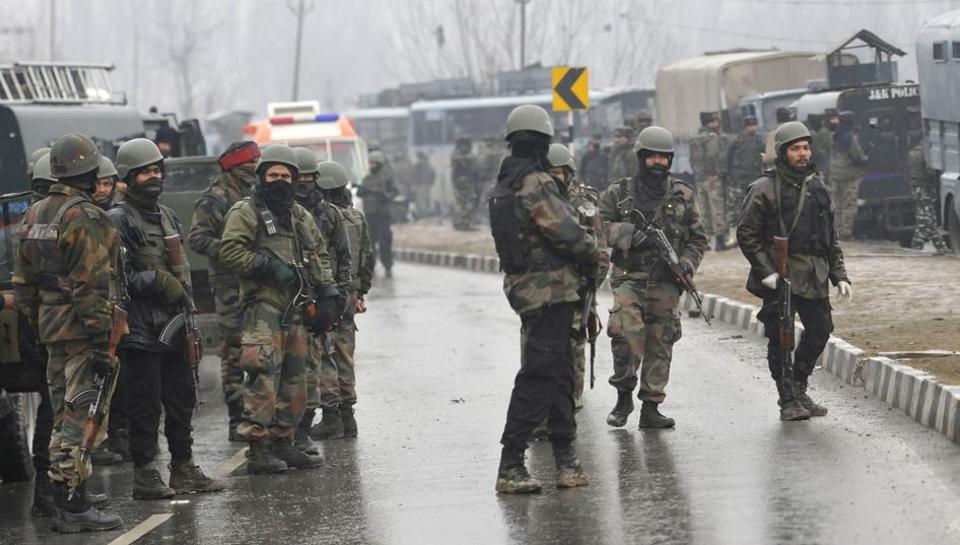 Over 40 CRPF jawans were killed in the Pulwama attack in February.

New Delhi: The special cell of Delhi police, on Friday, arrested Sajjad Khan, a 27-year-old man who, according to the cops, was a “close aide” of the mastermind behind the February 14 Pulwama attack, from near Lajpat Nagar market.

Police sources claimed khan was among the seven men who were earlier detained and released by the special cell for multiple rounds of questioning and document verification. Sources added that Khan was tasked to set up a sleeper cell in Delhi.

However, the National Investigation Agency later in the day clarified that the person the Delhi police special cell arrested was not the same person wanted in the Pulwama terror attack case.

Deputy commissioner of police (special cell), Pramod Singh Kushwah, said, “Mudasir Ahmad Khan was the mastermind behind the Pulwama attack and we were working on ascertaining the identity of his associates who operated in Delhi. We have credible inputs that Khan, was an associate of Mudasir, and tasked with setting up a sleeper cell.”