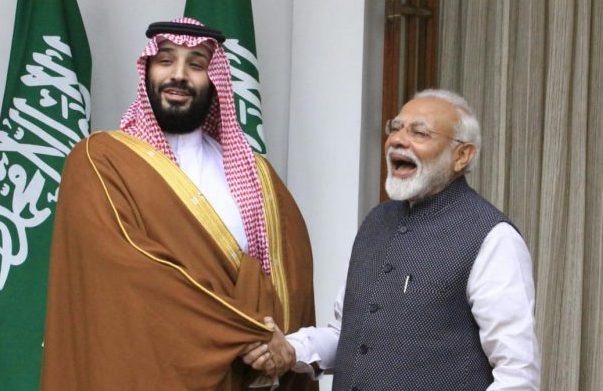 New Delhi: The Saudi Arabia crown prince, Mohammed bin Salman, on Wednesday, after concluding his meeting with the prime minister, Narendra Modi, promised that Saudi Arabia will provide all cooperation to India to tackle terrorism and extremism that are common concerns for both the countries. He has also assured that his country is all willing to share its intelligence with India to deal with terrorism.

In a media statement, Saudi prince, who was on the short visit to India, said: “As far as terrorism and extremism are concerned – which are common concerns – I want to tell India that we will extend all cooperation to you – be it intelligence sharing ... not only with India but also with the neighbouring countries. … We will work together so that we can ensure a bright future for the generations to come.”

While talking about historical links between India and Saudi Arabia, Saudi prince said, “The relationship between India and Saudi Arabia is in our DNA. Today, we want to be ensured that the relationship is maintained and improved for sake of both the countries and with the leadership of Mr President and the Prime Minister, we can create good things for both the countries.”

Modi, in his media statement, has confirmed that both the countries, in their five pacts, have agreed to expand cooperation in security, trade and investment and also to establish a biennial summit and a strategic partnership council. He also praised Saudi Arabia’s “Vision 2030” initiative and its economic reforms.

A day before his visit to India, Saudi crown prince was on a high-profile visit to Pakistan, days after the suicide bombing in Pulwama. The joint statement signed by both Pakistani Prime Minister Imran Khan and the Saudi prince mentioned that politicization of the UN listing regime needs to be avoided, making obvious reference to India who has demanded blacklisting of Jaish-e-Muhammad chief Maulana Masood Azhar as a global terrorist in United Nations. Experts are viewing the Saudi-Pakistani joint statement as a snub to India.