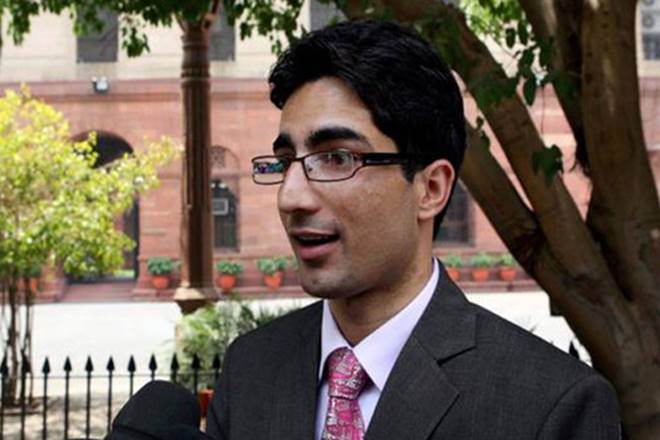 Shah Faesal, the Kashmiri Indian Administrative Services officer who topped in the Union Public Services Commission exams for civil services in 2010, has quit his IAS post in protest against “unabated killings in Kashmir” and “hypernationalism” in India. Faisal has sent the mandatory information to the government regarding his decision to quit from the service.

According to media reports, Faesal is planning to join politics and speculations are rife that he can contest the Lok Sabha election from Kashmir’s Baramulla constituency. He is also tipped to join the Farooq Abdullah-led National Conference.

However, Faesal, said his decision to quit the IAS was his protest against the “unabated killings in Kashmir and lack of any sincere reach-out from the Union government [sic.]”.

To protest the unabated killings in Kashmir and absence of any credible political initiative from Union Government, I have decided to resign from IAS.
Kashmiri lives matter.
I will be addressing a press-conference on Friday.
Attached is my detailed statement. pic.twitter.com/Dp41rFIzIg

In a post on his Facebook page, Faesal wrote: “To protest against the unabated killings in Kashmir, and lack of any sincere reach-out from the Union Government; the marginalization and invisiblization of around 200 million Indian Muslims at the hands of Hindutva forces reducing them to second-class citizens; insidious attacks on the special identity of the J&K State and growing culture of intolerance and hate in the mainland India in the name of hypernationalism, I have decided to resign from Indian Administrative Service. [sic.];

In 2010, Faesal topped the IAS examination and was given the home cadre of Jammu & Kashmir. Faesal has worked as district magistrate, school education director and managing director of state-owned Power Development Corporation. Recently, he returned from America after undergoing a fellowship programme at Harvard Kennedy School.

Former Jammu & Kashmir chief minister and National Conference vice-president Omar Abdullah has welcomed Faesal’s decision while tweeting. However, Omar clarified that he did not welcome Faesal to his party.

The bureaucracy’s loss is politics’ gain. Welcome to the fold @shahfaesal. https://t.co/955C4m5T6V

Actually I welcomed him to the fold of politicians. His future political plans are his to announce. https://t.co/y5FkD8ZTWE