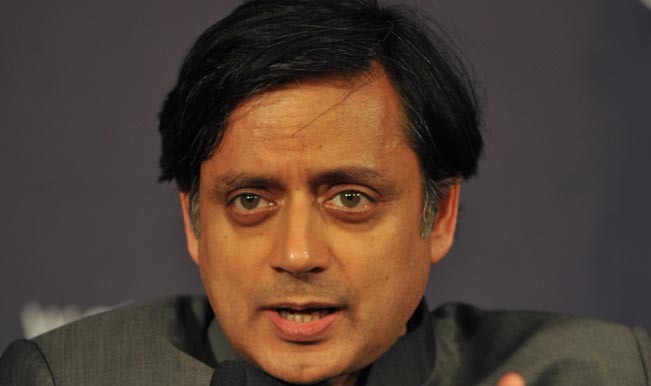 New Delhi: Months after demanding unconditional and written apology from law minister Ravi Shankar Prasad, Lok Sabha MP from Thiruvananthapuram and prominent writer Shashi Tharoor has filed a criminal defamation case against the minister for calling him “accused in a case of murder” in case of his wife, Sunanda Pushkar’s death.

Tharoor had also asked Prasad to delete the clip of his news conference and tweet where he had made the remarks against Tharoor.

Shashi Tharoor who is accused in a murder case has attempted to disrespect Lord Shiva.

I seek a reply from Rahul Gandhi who claims himself to be a Bhakt of Lord Shiva on this horrific denunciation of Hindu gods by a Congress MP.

Rahul Gandhi must apologize to all Hindus. pic.twitter.com/QeShJoCHDZ

Prasad has refused to apologies and even to delete the tweet. “There arises no question of any apology or deleting of the tweet,” he said.

Prasad had slammed Tharoor after later had quoted an RSS source mocking Prime Minister Narendra Modi as “scorpion sitting on a Shivling who cannot be removed by hand or hit with a chappal (slipper).”

“Tharoor who is accused in a murder case has attempted to disrespect Lord Shiva,” Prasad had tweeted response.

Tharoor has also filed a civil defemation case against senior television news anchor and Republic TV editor Arnab Goswami for making defamatory remarks against him in case of Sunanda Pushkar’s death during a program on the channel.