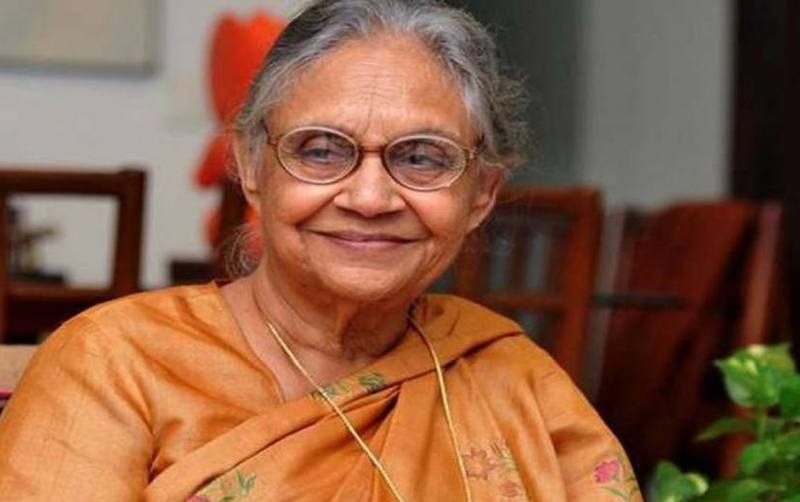 New Delhi: Sheila Dikshit, senior Congress leader and three-time chief minister of Delhi, passed away on Saturday. She was 81. Dikshit breathed her last soon after she was admitted to Fortis Escorts Heart Institute in New Delhi’s Okhla after she suffered a cardiac arrest earlier in the day.

In a statement, the hospital said: “A multi-disciplinary team of doctors, led by Dr Ashok Seth, chairman, Fortis Escorts Heart Institute, carried out advanced resuscitative measures. Her condition stabilized temporarily. However, she had another cardiac arrest and despite all the resuscitative efforts, passed away at 3.55 pm on July 20.”

It must be noted that Dikshit underwent a heart surgery in France last year. Ashok Seth, chairman of Fortis Escorts Heart institute had advised that the procedure be performed at University Hospital in France’s Lille. According to media reports, Dikshit had been undergoing treatment at Fortis Escorts hospital under Dr Seth’s supervision for the past few years. She had undergone an angioplasty in November 2012 and was also treated for infection some time ago.

Dikshit, who was the president of Delhi Congress, served Delhi as its chief minister three times since she was elected in 1998. She held office until 2013 when the Congress failed to gain majority in that year’s assembly election. She also served as the governor of Kerala after her electoral defeat in Delhi.

Dikshit became a member of Parliament for the first time from the Kannauj Lok Sabha seat in Uttar Pradesh, in 1984. She was also a close associate of Gandhi family and served as a minister in the Rajiv Gandhi Cabinet.

In her personal life, Dikshit was married to Vinod Dikshit, who was an IAS officer and son of freedom fighter and former West Bengal governor Uma Shankar Dikshit, who belonged to UP’s Unnao. Vinod Dikshit died in 1987.

Sheila Dikshit leaves behind a son, Sandeep Dikshit, and a daughter, Latika Syed.