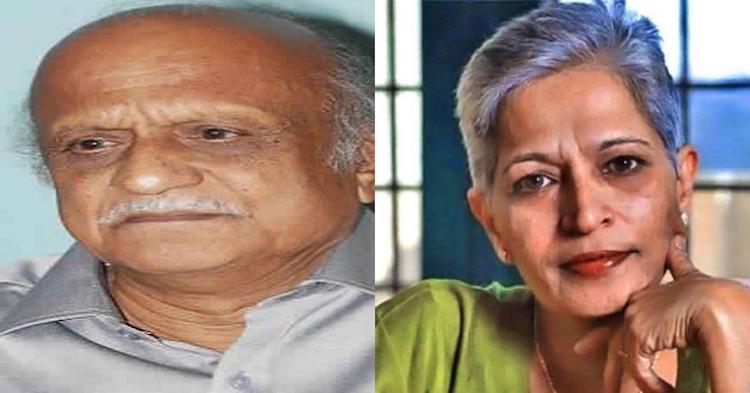 New Delhi: Around four years after Professor Malleshappa Madivalappa Kalburgi was assassinated at his home in Karnataka’s Dharwad district, the special investigating team probing the case has made a major breakthrough. This comes after the SIT took one Praveen Prakash Chatur alias Masalawala – a member of a right-wing extremist group – into custody, in April this year. Masalawala is suspected to have driven the alleged shooter, Ganesh Miskin, to Kalburgi’s home in Dharwad, in August 2015.

Miskin has been identified as the one who drove the shooter, identified as Parashuram Waghmore, to kill journalist Gauri Lankesh in September 2017

The Belagavi Police arrested Masalawala, 27, in April in connection with an attack on a theatre during the release of the movie “Padmaavat”. A right-wing extremist group linked to the to the Sanatan Sanstha is suspected to have carried out the attack. Now, on Friday, the SIT investigating the Gauri Lankesh murder probe, which also took over the prove of the killing of Kalburgi in February 2019, has taken Masalawala’s custody.

The SIT identified the second man involved in the Gauri Lankesh murder as Ganesh Miskin. Miskin had been involved in the killing of Kalburgi. Miskin’s links with the Kalburgi case had emerged last year, after which the Karnataka CID had arrested him.

Interestingly, Masalawala’s arrest in the Kalburgi case comes close to the Karnataka SIT’s arrest on May 28 of Amol Kale. Kale is the key accused in the Lankesh case. He is also a prime suspect in the Kalburgi murder.

The SIT said In an official statement, on Saturday, that Chatur had been produced before a court in Dharwad. “He has been taken into custody till June 7 for further investigations.”

Earlier, the investigators had established that the same countrymade gun that was used to kill Kalburgi was used in the Lankesh murder. Apart from this, a motorcycle mechanic named Vasudev Suryavanshi, who allegedly provided a stolen motorcycle to the Lankesh murder accused, is said to have provided the bike in the Kalburgi murder as well.