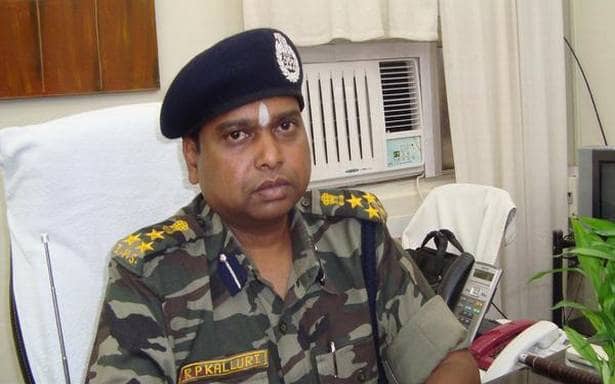 New Delhi: The newly elected Bhupesh Baghel-led Congress government in Chhattisgarh has invited criticism over appointment of controversial police officer SRP Kalluri as inspector general of police in the state’s Anti-Corruption Bureau and Economic Offences Wing. The officer has been accused of harassment and violation of human rights in the past, especially during anti-Maoist operations.

Several activists and civil-society groups have criticized the decision to offer the important portfolios to Kalluri.

Kalluri was accused of alleged fake encounters and arrests by activists and journalists when he was serving as a Bastar IGP. During his term has Dantewada SSP, security forces had allegedly burned houses in Tadmelta village in Sukma district in 2011. An attack on the house of social activist Bela Bhatia was also reported in Bastar in early 2017, which was attributed to Kalluri.

Kalluri was sent on a forced leave for two months and two SPs, IK Elsela and RN Das were shifted out of Bastar when pressure was mounted on the government. Later, Kalluri was posted to police headquarters in Raipur when he declared himself fit after few days of leave.

While responding to the criticism, the Congress spokesman Shailesh Nitin Trivedi said, “We have not given any clean chit … It is the clear stand of the Congress that Mr Kalluri will not be sent to Bastar. But as a police officer, he has to be used somewhere.”

The government has issued transferred orders of five senior police officers on Wednesday. Recently, IK Elsela has been transferred to Bastar as SP of Narayanpur district.