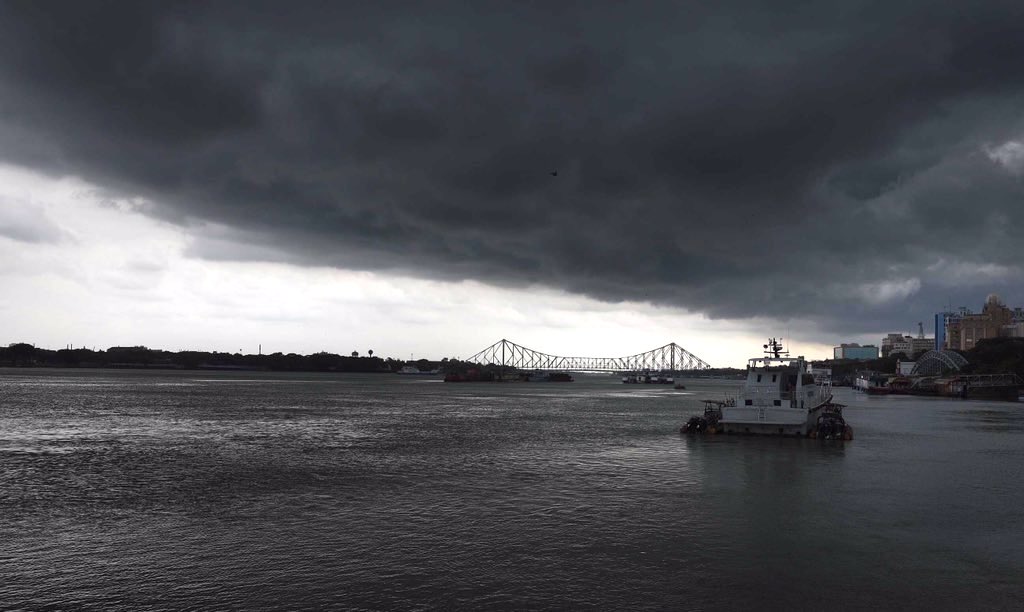 New Delhi: The severe tropical cyclonic storm Amphan, pronounced as Um-pun, made landfall in West Bengal’s Sagar island at around 2.30pm, on Wednesday, and battered the southern districts of the state, northern Odisha and parts of Bangladesh. At least 12 people in Bengal have been reportedly killed.

Winds gusting at 185kmph uprooted trees, poles and houses in its path leaving a trail of destruction. Large parts of the affected parts of northern Odisha and southern Bengal, including Kolkata, saw disruption in electric supply.

Dubbed as the first supercyclone to hit India since 1999, Amphan, which started from a low-depression area in the Bay of Bengal was on course to make landfall in Odisha. However, it changed its expected path slightly between May 19 and May 12 to make landfall in Bengal. There is no news of any casualty from Odisha yet. 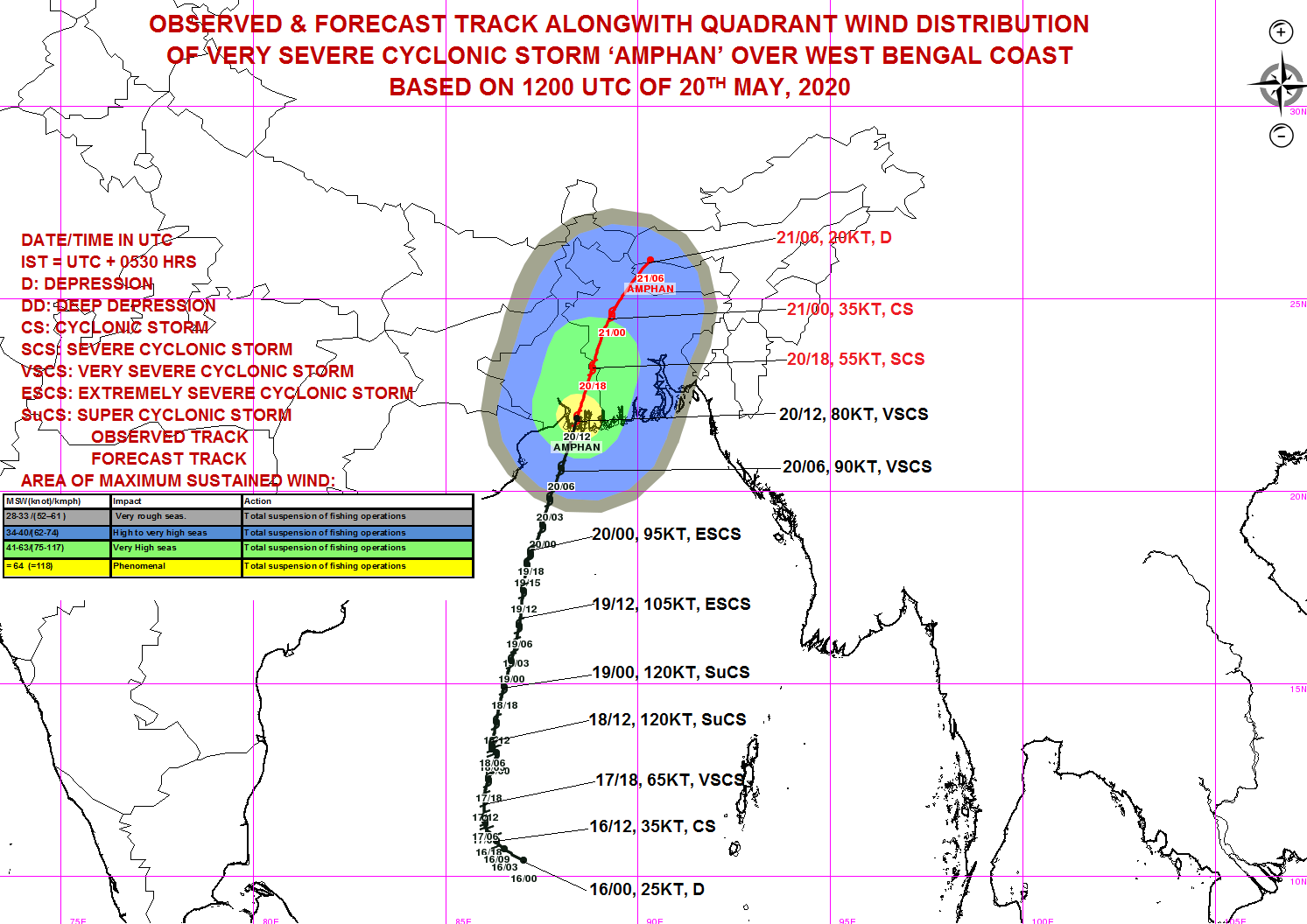 The path of the cyclone. (Via PIB)

The chief minister of West Bengal, Mamata Banerjee, told reporters that the cyclone killed around 10–12 people in the state and left a trail of “untold devastation”. She appealed to the Centre to view the natural disaster in a “humane way” and not politically.

Lakhs of people from both West Bengal and Odisha were already evacuated from vulnerable areas and shifted to safer locations. Officials in Odisha said the the “damage has not been too bad” as the cyclone made the landfall in Bengal.  On Tuesday, National Disaster Response Force chief SN Pradhan, in a media briefing, had said that a total of 41 teams of the NDRF were deployed in West Bengal and Odisha to deal with the supercyclone.

Although the loss of life has been minimal, the true assessment of the damage Amphan has caused will be clear in the coming days and weeks. Authorities are expecting a rise in the death toll as reports from rural Bengal and Odisha are not clear yet.