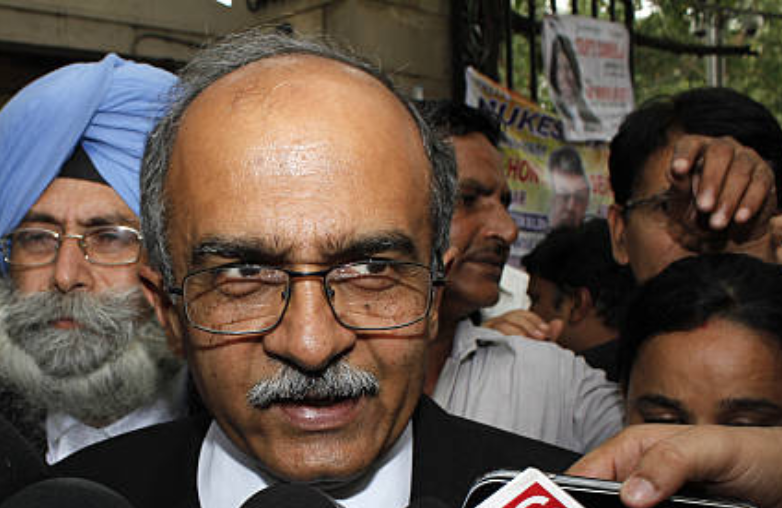 New Delhi: The Supreme Court, on Wednesday, issued a “contempt of court” notice to activist-advocate Prashant Bhushan after the Narendra Modi government filed a petition in the court through the attorney general, KK Venugopal, alleging that Bhushan had criticized a court decision in his tweets. Bhushan had tweeted criticizing the apex court on appointing M Nageswara Rao as interim CBI director.

I have just confirmed personally from the Leader of Opposition Mr Kharge that no discussion or decision in HPC meet was taken re appt of Nageswara Rao as interim Director CBI.The govt appears to have misled the court and perhaps submitted fabricated minutes of the HPC meeting! https://t.co/MbEC5YLjkD

While hearing the petition, the apex court said the “bar is out to kill the judiciary and some lawyers seem to be carrying the dagger.”

In his tweet, Bhushan spoke about the deliberations of the selection committee headed by Prime Minister Narendra Modi that was tasked with appointing a new CBI director after the removal of former chief, Alok Verma, on January 10. The lawyer, quoting a letter written by Congress leader Mallikarjun Kharge, had hinted at the possibility of the government submitting fabricated minutes of the committee’s meeting to the Supreme Court.

The Supreme Court bench comprising Justice Arun Mishra and Justice Navin Sinha observed: “Freedom carries responsibility. What if bar is out to kill the judiciary? That's what it looks like. Judiciary must be protected from outside, not from insiders. Some lawyers seem to be carrying a dagger to kill the judiciary.”

The bench further added: “Who will back our independence when bar behaves like this? All kinds of allegations are made in the petitions and then they are withdrawn before we deal with them. We are really worried about what's going on these days.”

Amid all this Venugopal said he is not pressing for punishment to Bhushan, but he has a habit of attacking the judges and bringing down esteem of judiciary in the public eye.