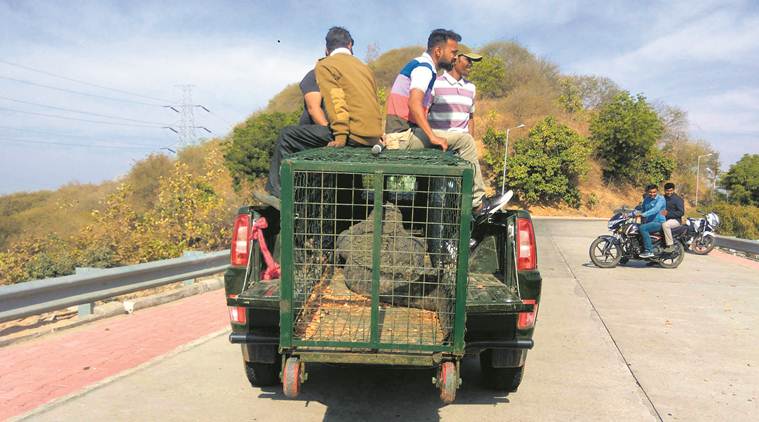 New Delhi: The Gujarat forest department has started removing mugger crocodiles (Crocodylus palustris), which is also called the marsh crocodile, from the Sardar Sarovar Dam premises to make way for a proposed seaplane service near the Statue of Unity, according to an Indian Express report. However, the report says an alternative site for releasing the crocodiles is yet to be finalized.

The world’s tallest statue is located at Narmada district’s Kevadiya.

According to the report, a committee, comprising officials from Gujarat government and the civil aviation department has selected Pond 3 from the dam complex, which is also called “Magar Talava” (crocodile lake) by the locals, for setting up the seaplane terminal. An official from the Sardar Sarovar Narmada Nigam Limited said, “The Pond 3 has a vast body, which makes it perfect (for seaplane landing and takeoff). The civil aviation team also liked the site. It will take care of the operations.”

While confirming the move, the deputy conservator of forests, Narmada, Dr K Sasi Kumar said, “We are rescuing the crocodiles from Ponds 3 and 4, which are close to the site. We have put 10 teams of officials for the exercise.” He also confirmed that most of the crocodiles will be released in the reservoir of the Sardar Sarovar Narmada Dam.

Around 500 crocodiles are live in the two ponds. So far, 15 crocodiles have been removed from the ponds.

Meanwhile, an official from SSNNL has questioned the decision to release crocodiles in the reservoir. He said, “This particular exercise involves hundreds of crocodiles. It may not be possible to release all into the reservoir in one go. They will have to be distributed in other places as well. It is most likely that a lot of these crocodiles could end up going back closer to the human habitats from where they were once rescued and brought to the Narmada.”

Similarly, Dr Jitendra Gavali, who is the director of Vadodara’s Community Science Centre, has urged government to arrange for an artificial pond for landing the seaplanes instead of disturbing the ecological balance of the area.

The International Union for Conservation of Nature lists the mugger crocodile as a “vulnerable” species under the “threatened” category.