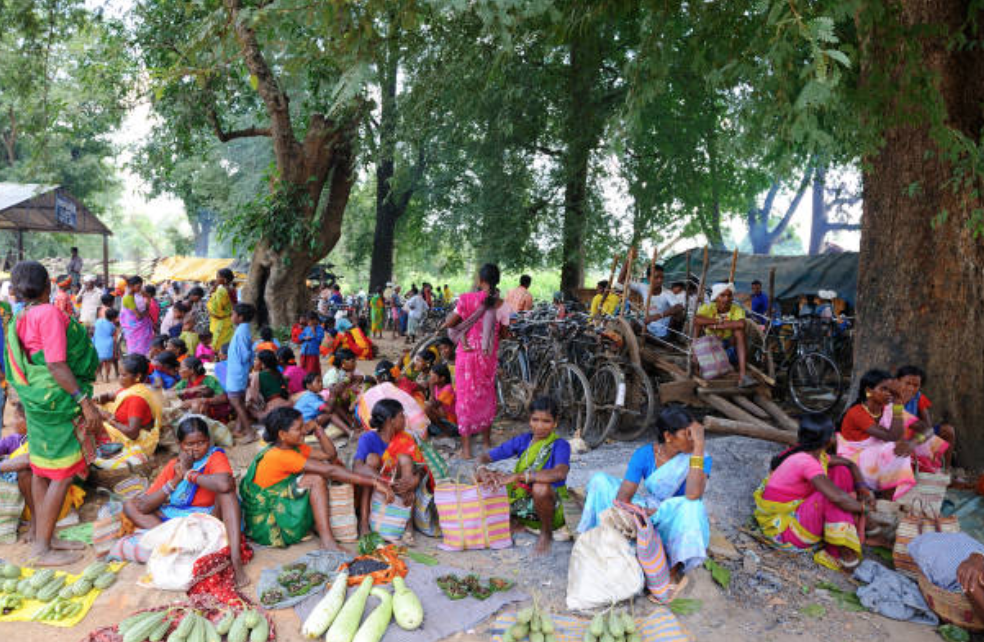 Tribal women in a village market in Chhattisgarh.

New Delhi: To protest against a February 13 Supreme Court order directing states to complete the eviction of families whose claims had been rejected under the Forest Rights Act, which will impact over 10 lakh tribals and other forest dwellers, tribal outfits across the country have called for ‘Bharat bandh’ on March 5.

While the bandh is less likely to have an impact on normal life, tribal outfits across states like Madhya Pradesh, Rajasthan, Gujarat, West Bengal, Jharkhand, Chhattisgarh, and the northeast have called for a peaceful bandh, demanding the Centre to ensure that their rights are protected.

Although, the apex court last week stayed the eviction order, there is still anger within the tribal community over the fact that “the whims of government officials” have brought them to the brink of eviction.

Tribal outfits, in Delhi, will organize a march from Mandi House to Jantar Mantar to demand the restoration of the Forests Rights Act.

Already, some tribal families have started to form groups to protest against the Supreme Court ruling.