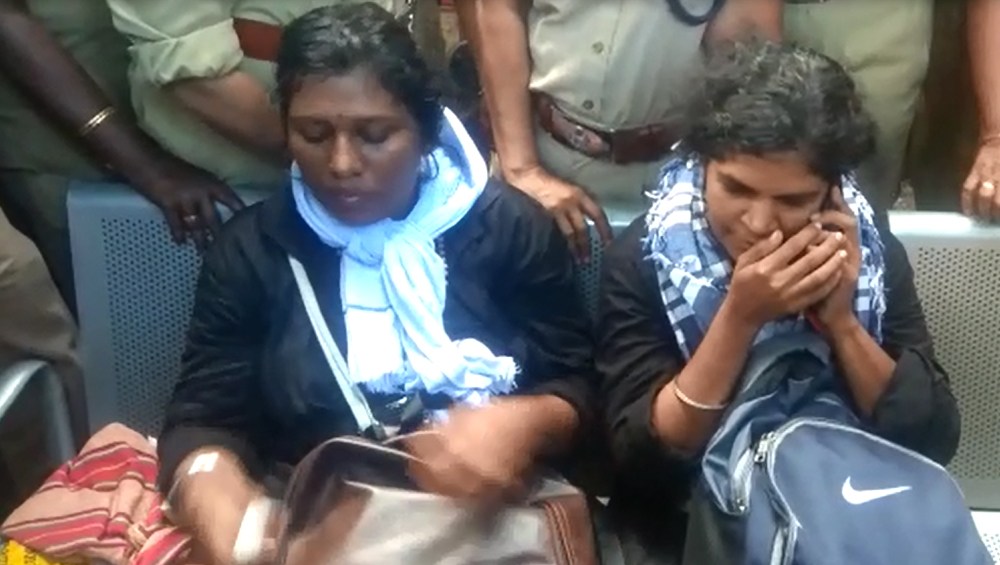 The women climbed from the Pamba base camp around midnight and hurried into the temple, dressed in all-black and escorted by the police, at around 3.45pm. Following this, the head priest of the shrine closed the gates for over an hour and a half for “purification”.

Both women had tried to enter the temple, on December 24, but had been blocked by massive protests.

Kerala chief minister Pinarayi Vijayan, confirming the news, said, “It is a fact that the women entered the shrine. Police are bound to offer protection to anyone wanting to worship at the shrine.”

Kerala minister EP Jayarajan called the shutdown of shrine the contempt of apex court and said, “untouchability is against the law.”

Both the women were later whisked away by the police to a secret location.

Priests and many devotees believe that the ban on the entry of women between 10 and 50 into Sabarimala temple should stay as the deity Lord Ayyappa is a celibate.

There have been massive protests against the Kerala government’s previous attempts to escort women of menstrual age to the shrine, which also turned violent at places. This led to a crackdown against the protesters by the state government and thousands were arrested.

There are only 5 videos of #Sabarimala women entry so far. Joined them all without channel logos. pic.twitter.com/ADZSgHdKcG