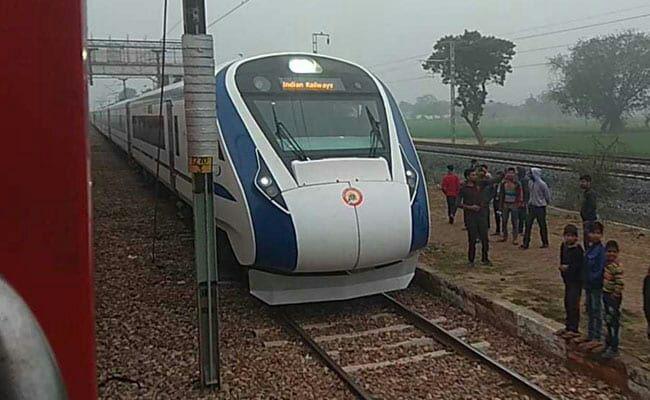 New Delhi: A day after Vande Bharat Express was flagged off by Prime Minister Narendra Modi, the train broke down while returning from Varanasi, around 200 kilometres away from Delhi, on early Saturday. The train, formerly known as Train 18 was halted when the brakes jammed in one of the last coaches.

While clarifying, the railway ministry said, “During the transportation back from Varanasi it was stopped at Chamraula station of National Capital Region, about 18 kilometres after crossing the Tundla station. There was an issue of communication between the last basic unit of four coaches and the rest of the train probably due to some external hit. Thereafter, safety features in the train applied brakes. The train was checked for faults and moved to Delhi.”

Officials claimed the train has been thoroughly examined at the New Delhi maintenance depot and the defect in communication is rectified. This was not a commercial run of the train. The train will be able to run as per schedule on February 17.

The government decided to keep it a simple affair, without any celebrations, after the terror attack in Pulwama but, Piyush Goyal, the railways minister said that by flagging off the train, India is sending out a message that “India’s people and its armed forces do not cow down before terror.”