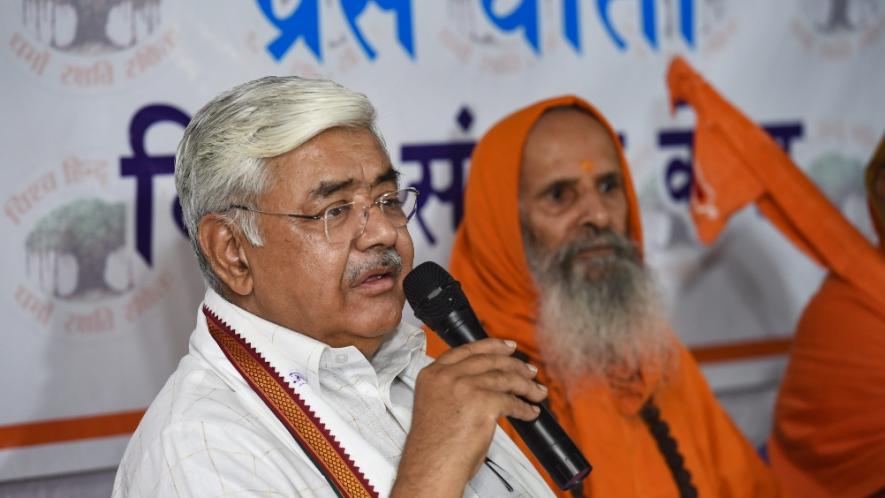 New Delhi: The Vishwa Hindu Parishad, after holding “dharmasabhas (religious meetings)” across the country demanding an ordinance to enable construction of a Ram temple in Ayodhya and later holding a “dharmasansad (religious parliament)” at the Kumbh Mela, on Tuesday, announced that it will not hold any programme on the Ram Janmabhoomi issue for the next four months until the Lok Sabha election are over.

This surprising announcement from VHP came a week after the BJP-led NDA government moved the Supreme Court seeking permission to return the 67 acres of land in Ayodhya – adjacent to the disputed site – to its original owners, including the Ram Janmabhoomi Nyas. This was decided at the recent dharmasansad in Prayagraj.

The VHP international working president, Alok Kumar, said, “We will not do any agitational program in the next four months. It has been decided because everybody has a feeling that such agitations at the time of elections, including the demand of building a Ram temple, become a petty electoral issue and get involved in politics. It was felt that this issue should be saved from politics for the next four months.”

When Alok Kumar was asked what would the VHP’s stand be if the Supreme Court, hearing the title suits case, delivers a verdict, he said, “Our plan is irrespective of the court order. If there is an emergency, then we will take guidance from the sants (seers).” And if the court proceedings are delayed, that too, will not affect the VHP’s decision.

The VHP joint general secretary, Surendra Jain, while appreciating the Center, said, a positive step has been taken by moving the issue of “undisputed” land to the Supreme Court. He further said, “... Now, if we announce any agitation or movement, it will be said that we are doing that to help a particular political party in elections. We don’t want this holy movement to become a political issue. Hence, it has been decided that no situation of conflict or misconception will be allowed during the elections … we do not want to allow anyone to drag this issue into politics.”