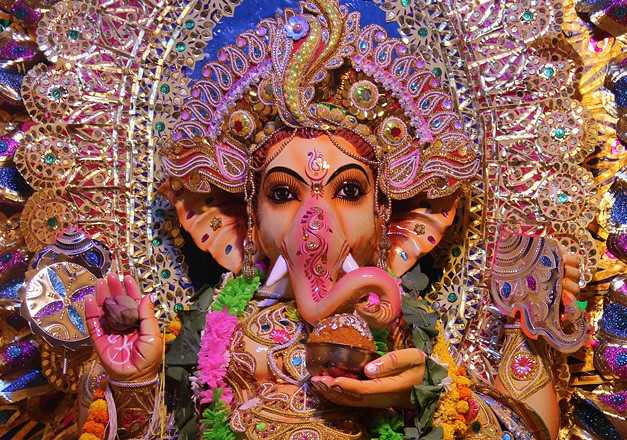 New Delhi: The Trinamool Congress and BJP in West Bengal are doing everything to seek the support of people prior to the 2019 Lok Sabha election. Workers from both the parties have actively participated in putting up several pandals in Kolkata and several districts across the state for Ganesh Puja. Many of their local leaders were seen inaugurating the pandals as well as visiting them for various functions.

After the Ganesh festival began on Thursday, these pandals were inaugurated by a host of BJP and TMC local leaders. The reason for the Bengal BJP workers celebrating Ganesh Puja is understandable because the party wants to broaden its Hindu vote bank in the state. The TMC’s reason for celebrating the same with so much enthusiasm is to shrug off the perception that it is a party of Muslim appeasers.

Due to this, Ganesh Puja pandals have mushroomed throughout the state, giving political leaders the chance to woo people ahead of next year’s general election. According to Kolkata Municipal Corporation officials, around 1,570 community Ganesh Pujas were taking place in the city this year. Last year, the number was 1,320.

There are reports of the West Bengal chief minister, Mamata Banerjee, going to the Maharashtra Bhawan to worship during the Ganesh Charturthi.

BJP national secretary Rahul Sinha said that the TMC’s move to celebrate Ganesh Puja will not get the party anything. He said the situation of the TMC would be like that of a “dhobi ka kutta, na ghar ka na ghat ka (washerman’s dog, which belongs neither to the washerman’s house nor the river bank where the washerman washes clothes).”

He also said: “By pretending as a lover of Muslims and taking Allah’s name, Mamata had hurt the sentiments of Muslims and Hindus alike. People have realized that she switches between the name of Allah and the names of Hindu gods whenever required.”