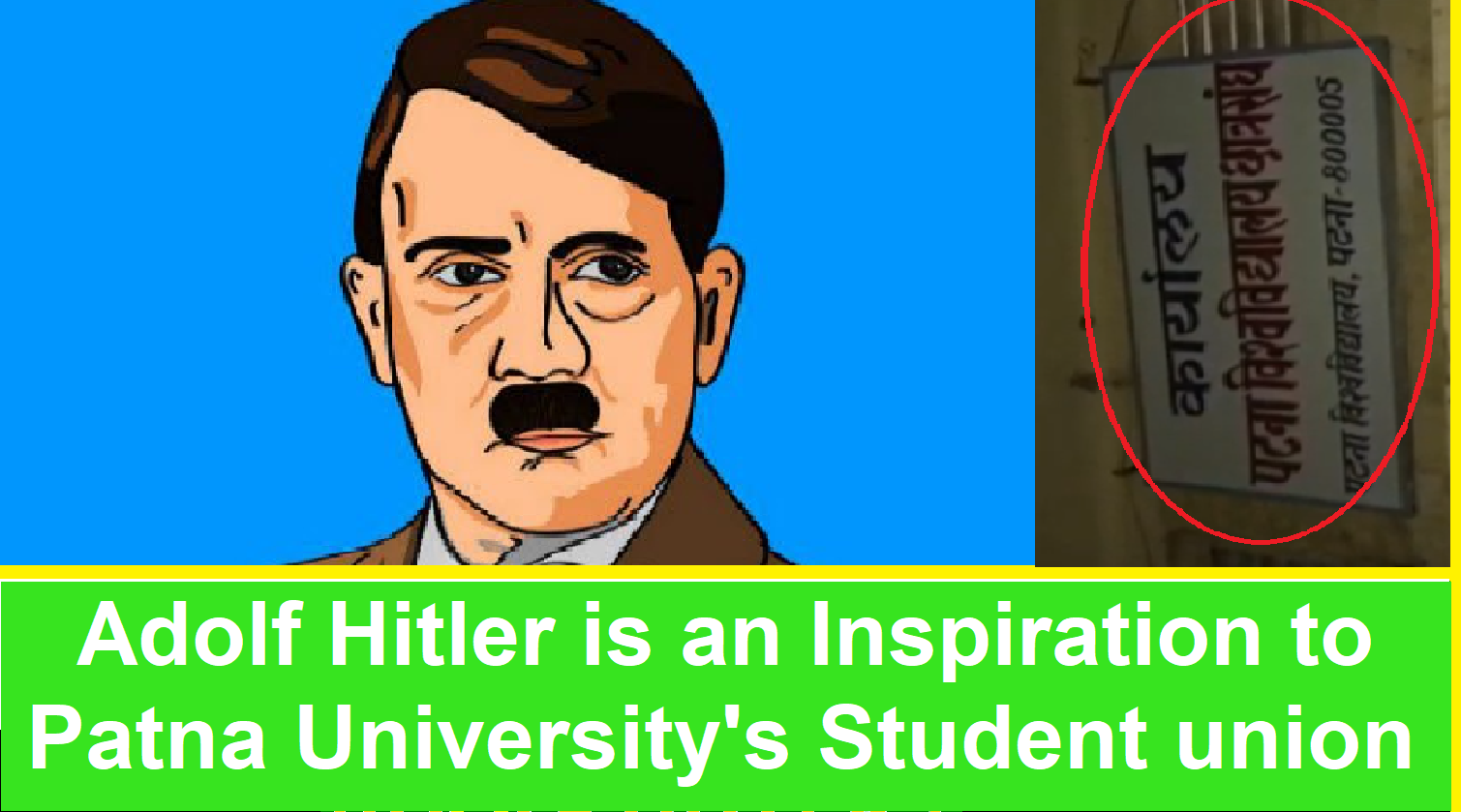 Hitler’s poster instance at Patna university student union office is on the rise after 27th June when this came into light, the matter has now reached J N U. other universities and colleges started protesting on this poster instance. The matter came to light on 27 June when students associated with N S U I objected to the poster imposed by Hitler, NSUI students raged and ransacked the student union's office. In the office, several chairs were broken and many posters (Karpuri Thakur, Ramdhari Singh Dinkar and others) and lights were damaged. They said that if Hitler's poster will not be removed from the student union office of Patna University, NSUI will not allow any new admission at Patna University. The students now want immediate action on this issue from Vice Chancellor of Patna University. They said they are seeking apology for the student union and they should immediately remove the poster of Hitler from their office.
They are blaming general secretary of Patna University’s Student Union Manikant Mani for the whole instance.

When Manikant Mani was asked about it, his answer was that he gets inspiration from Hitler. If a photo of Mohammad Ali Jinnah can be hanged at Aligarh University, why not Hitler’s here at Patna University’s Student Union office. I read about Hitler and I like him. He said that the picture of Hitler has been here for more than 15 days now; no one has expressed any objection till 27th.

According to sources, right after this matter raised and supported by other students and colleges, they have now put a poster of Father of the Nation Mahatma Gandhi on Wall of Patna University student union office.
According to sources, Hitler's picture has been hanged here nearly 15 days ago, until today nobody has expressed any objection. They even said that these people also removed the picture of Mahatma Gandhi.

Solar power lights up some Sunderban villages soon after cyclone

Plastic, Plexiglass and Protection: What the Future of Dine-In Restaurants Look Like in a Post-Coronavirus World

Rage and anguish: how the US papers have covered the George Floyd protests

Why Delhi Experiences So Many Tremors, What That Means for Future Earthquakes - The Wire Science

Wajid Khan: Everything you should know about the music composer-singer