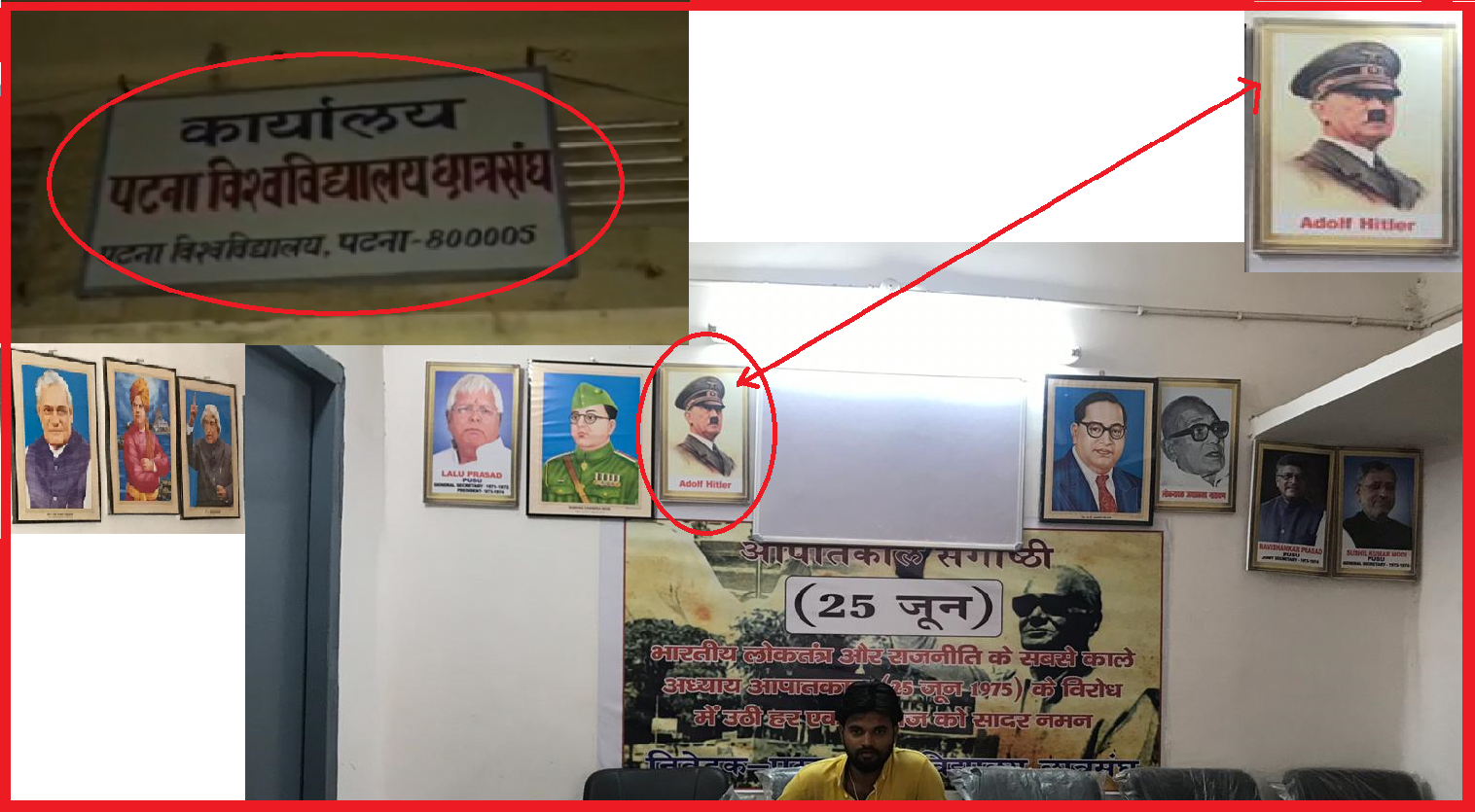 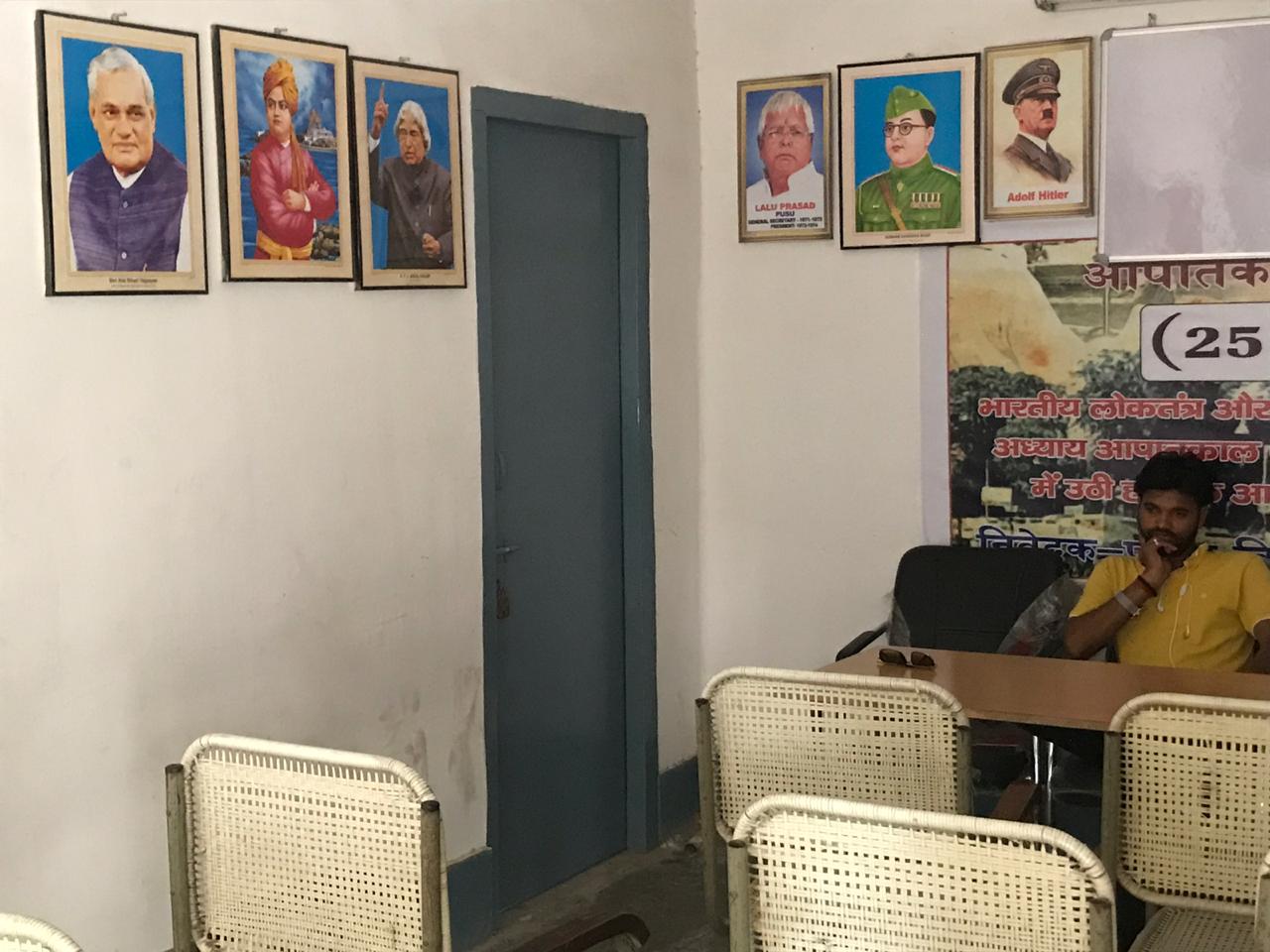 According to sources, Poster of Father of the Nation, Mahatma Gandhi is missing and there is a picture of Hitler with all the Heroes (Mahaparush) has been put on the wall of patna university student union’s office.

According to sources, Hitler's picture has been hanged here nearly 15 days ago, until today nobody has expressed any objection. They even said that, these people also removed the picture of Mahatma Gandhi.

Solar power lights up some Sunderban villages soon after cyclone

Plastic, Plexiglass and Protection: What the Future of Dine-In Restaurants Look Like in a Post-Coronavirus World

Rage and anguish: how the US papers have covered the George Floyd protests

Why Delhi Experiences So Many Tremors, What That Means for Future Earthquakes - The Wire Science

Wajid Khan: Everything you should know about the music composer-singer