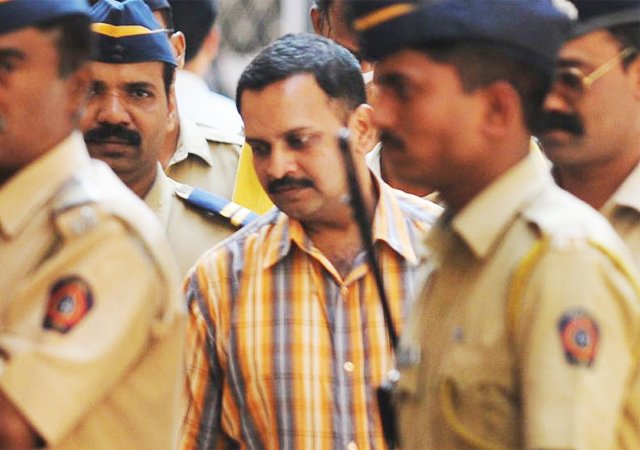 Srikant Purohit appearing for a court hearing, in 2009.

New Delhi: The National Investigation Agency charged all seven accused in 2008 Malegaon blasts case, including Lieutenant Colonel Srikant Purohit and Pragya Singh Thakur, with terror conspiracy, murder and other related offences, on Monday. They will now face trial in an NIA court in Maharashtra.

All the seven accused were pleaded not guilty after charges were framed against them. The court has adjourned the matter and will rehear on November 2.

Earlier, the Bombay high court rejected Purohit’s plea to postpone filing of the charges. Purohit’s lawyer said he would now appeal in the Supreme Court.

The NIA court had rejected Purohit’s plea, on October 20, in which he asked the court that he be not prosecuted under the Unlawful Activities (Prevention) Act and was sent to trial under the law along with six other accused, including Pragya Singh Thakur, who is also known as Sadhvi Pragya. The other five are: Major Ramesh Upadhyay (retired), Sameer Kulkarni, Ajay Rahirkar, Sudhakar Dwivedi and Sudhakar Chaturvedi.

Thakur claimed that the NIA gave her a “clean chit” in the case but still framed charges against her. She said, “This was a conspiracy by the Congress, but I am confident that I’ll come out innocent as the truth always wins.”

Purohit had earlier moved to Supreme Court seeking an investigation into his alleged abduction and torture he faced at the ends of the Maharashtra anti-terrorism squad after the blasts, which took place in 2008. His appeal was rejected in September.

Suspected to be a member of Abhinav Bharat – a Hindu extremist outfit, Purohit, who was a serving officer in the Indian Army, was arrested in 2008 for allegedly masterminding the blasts in Maharashtra’s Malegaon – a Muslim-dominated area – on September 29 that year. The blasts killed six people and injured several more.

Purohit spent nine years of his life in jail before the Supreme Court granted him conditional bail in August 2017.