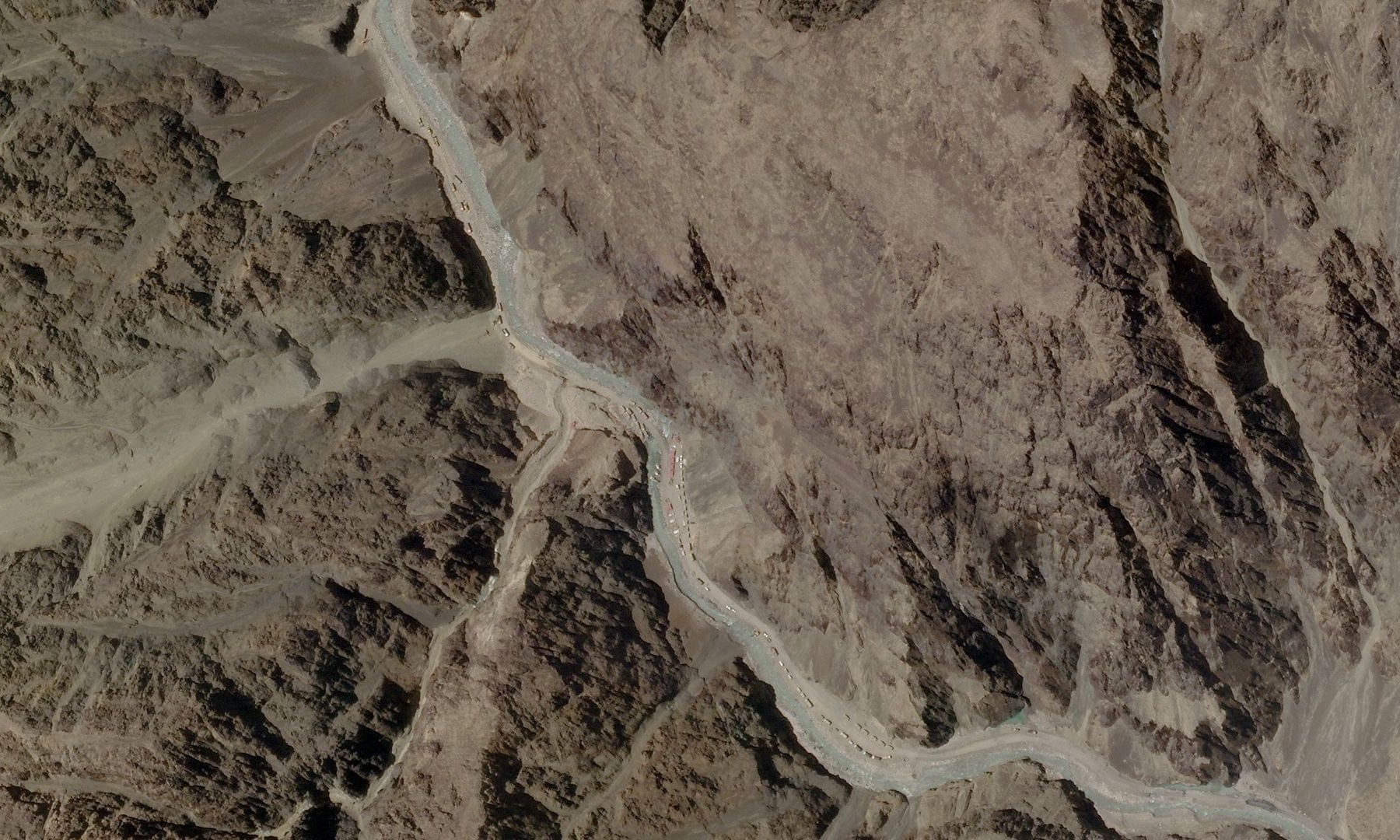 New Delhi: The tension between India and China over China’s military incursion on the Indian side of the line of actual control in eastern Ladakh took a deadly turn, on Monday night. The Chinese People’s Liberation Army soldiers attacked a contingent of Indian troops with stones, improvised maces, clubs and iron rods and killed 20 Indian soldiers, including a colonel. The Army has confirmed the number of fatalities on the Indian side.

76 other Indian soldiers have been injured in the attack out of which 18 were admitted to the Army hospital in Leh and 58 in other hospitals. According to the Indian Army, all of them are in stable condition.

The PLA also took 10 Indian soldiers as prisoners, including a lieutenant colonel and three majors. After keeping them in custody for almost three days, they were released without harm, on Thursday evening, the Hindu reported.

Most of the Indian Army soldiers who were killed were from the 16 Bihar Regiment. Colonel Santosh Babu, the commanding officer of unit, were among those who fell. The Army said all the bodies of the fallen soldiers have been retrieved.

Some Indian media outlets citing unverified and dubious sources claimed there were “43 casualties” on the Chinese side as well. However, neither the Army, nor the government mentioned any PLA casualty figure, although the Army said there have been casualties on both sides.

Beijing refused to confirm any deaths on its side. However, the editor in chief of the state-run Global Times, Hu Xijin, said that according to his understanding, the PLA wanted to avoid “stoking public mood” by comparing casualty numbers.

Chinese side didn’t release number of PLA casualties in clash with Indian soldiers. My understanding is the Chinese side doesn’t want people of the two countries to compare the casualties number so to avoid stoking public mood. This is goodwill from Beijing.

This is the first deadly clash on the 3,488-kilometre LAC since October 1975, when four Assam Rifles jawans were ambushed and killed by Chinese border.

For more than six weeks, soldiers from both sides have been engaged in a stand-off on at least two locations along the line of actual control, which is the 3,488km de facto India-China border. They have been facing each other at the Galwan river, which was one of the early triggers of the 1962 India-China border war, and at the Pangong-tso – the glacial lake at 14,000 feet in the region.

Names of the fallen Indian soldiers in Ladakh

The Indian Army, on Wednesday, released the names of the 20 Army personnel who laid out their lives in the violent face-off with China in eastern Ladakh’s Galwan valley. They are: 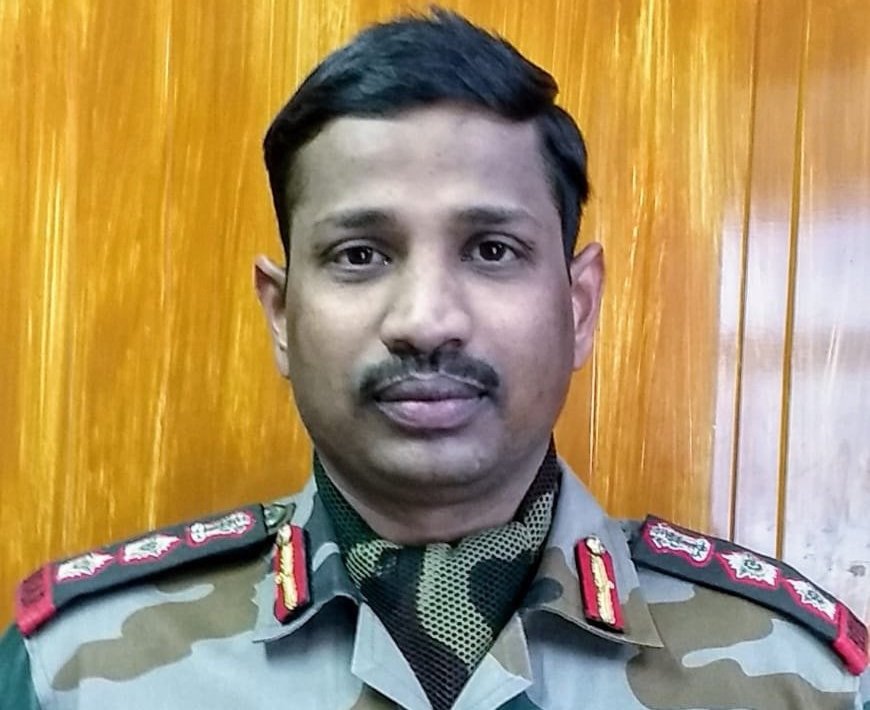 The story of the Ladakh clash

There are several versions of the deadly incident that happened on Monday night in the Galwan valley in eastern Ladakh.

In one version, Indian media reported citing unnamed sources said the skirmish was triggered by PLA soldiers, who after initially pulling back a little following the “disengagement” talks came back to erect a “temporary post” near a patrolling point on the Indian side of the LAC in the Galwan valley, on Monday morning. Later in the evening, without warning, the PLA soldiers attacked the small contingent of Indian troops led by Colonel B Santosh Babu who challenged them for breaking the phased disengagement that was agreed between senior commanders from both the sides.

This triggered a violent brawl where rival soldiers attacked each other with stones, rods, improvised clubs and maces, which went on for several hours into the night. Many fell in the Galwan river in the area, which is located at an altitude of over 14,500 feet above sea level and has steep cliffs on either side.

Another version of the story the media reported – again citing unnamed sources – said Colonel Santosh Babu and his team, who went unarmed to talk to the PLA men to remove a post erected on the Indian side, were waylaid with spiked rods and improvised maces and those who tried to escape were chased and pushed over the cliffs.

The nail-studded rods — captured by Indian soldiers from the Galwan Valley encounter site — with which Chinese soldiers attacked an Indian Army patrol and killed 20 Indian soldiers.

Such barbarism must be condemned. This is thuggery, not soldiering pic.twitter.com/nFcNpyPHCQ

The Army, in its statement, said troops died “in the line of duty at the stand-off location and exposed to sub-zero temperatures in the high-altitude terrain ... taking the total that were killed in action to 20”.

On their part, the Chinese blamed the Indian side for starting the clashes. The Chinese foreign ministry spokesman, Zhao Lijian, said Indian troops crossed the border line twice on Monday and “provoked and attacked Chinese personnel, which resulted in serious physical confrontation between border forces on the two sides”.

Row over Indian soldiers being ‘unarmed’

In a video message posted on social media, Gandhi said, “China has committed a big crime by killing unarmed Indian soldiers. I want to ask who sent these bravehearts towards danger without arms and why? Who is responsible for this?”

Responding to the allegations that the Indian troops were unarmed, foreign minister S Jaishankar tweeted that the Indian troops, who the Chinese attacked, carried arms. He said, “All troops on border duty always carry arms, especially when leaving post. Those at Galwan on 15 June did so. Long-standing practice (as per 1996 & 2005 agreements) not to use firearms during faceoffs. [Sic]”

Let us get the facts straight.

All troops on border duty always carry arms, especially when leaving post. Those at Galwan on 15 June did so. Long-standing practice (as per 1996 & 2005 agreements) not to use firearms during faceoffs. https://t.co/VrAq0LmADp

The Article VI of the 1996 India-China agreement on confidence-building measures says: “Neither side shall open fire, cause bio-degradation, use hazardous chemicals, conduct blast operations or hunt with guns or explosives within two kilometres from the line of actual control. This prohibition shall not apply to routine firing activities in small arms firing ranges.”

Former Northern Army commander Lieutenant General Harcharanjit Singh Panag (retired) tweeted that the Article 6 of 1996 applies to border management and not while dealing with a tactical military situation. When when lives of soldiers or security of post/territory is threatened, the commander on the spot can use all weapons at his disposal, including artillery.

Article 6 of 1996 Agreement! These agreements apply to border management snd not while dealing with a tactical military situation. Lastly when lives of soldiers or security of post/territory threatened, Cdr on the spot can use all weapons at his disposal including Artillery. pic.twitter.com/6J4KD33nhg

Earlier in an interview with Hindustan Times, Gen Panag said Indian Army soldiers were not killed in such a fashion in its history of over 200 years.

In this no-holds-barred interview, @rwac48 says the killing of 20 soldiers, is the worst in the history of the Indian army. How did we get there and what could India have done different- listen to him pic.twitter.com/75HUwQeBun

Ex-Army officer and defence analyst Pravin Shawney had tweeted that his sources told him that the order was given by the chief of defence staff, General Bipin Rawat, to the Army to go to the PLA camp unarmed.

Sources tell me Military orders to go unarmed to PLA camp came from top -CDS Gen Rawat - to army. Were obeyed & results for every one to see. No point accusing PLA. Blame rests with CDS for not telling army drill to Pol ldrs. Can this Mil Ldr fight war?

Modi calls for an all-party meeting

The prime minister, Narendra Modi, said the supreme sacrifice of the Indian soldiers will not go in vain. He said this during his meeting with state chief ministers, on Wednesday, to discuss the novel coronavirus, Covid-19, situation in the country. Following this, the Prime Minister’s Office announced Modi will meet the leaders of all political parties to discuss the deadly clash between Indian and Chinese forces in Ladakh.

The meeting between the prime minister and the opposition leaders will take place on Friday.

Earlier, Congress, the biggest opposition party, said it stood with the government at a time like this. Congress president Sonia Gandhi said in a video message said, “In the last one and half months, the Chinese army has been infiltrating in the Indian territory in Ladakh. Today, when the country is extremely angry about the (Galwan valley) incident, the Prime Minister should come forward and tell people the truth.”

She then added that her party stood with the Army, soldiers, families of soldiers and the Union government.

Meanwhile, the foreign ministry spokesman, Anurag Srivastava, confirmed that the foreign minister, S Jaishankar, will participate in a trilateral meeting with his Chinese and Russian counterparts, Wang Yi and Sergei Lavrov respectively, in a virtual meeting, on June 23.

The meeting becomes more significant in the light of the PLA’s killing of the Indian soldiers in Ladakh. Experts believe that this is a welcome development as this will help in diffusing the tension between India and China that may lead to disengagement of the Army and the PLA from their stand-off points.