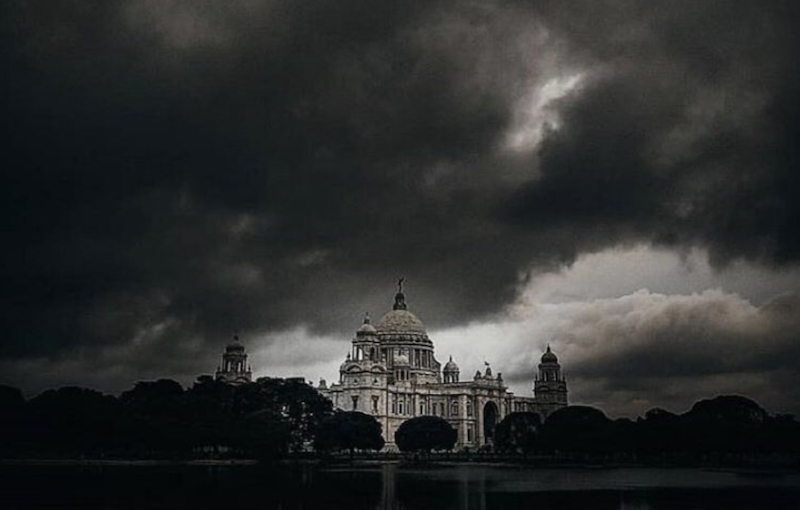 New Delhi: The severe tropical cyclonic storm, Amphan, which made landfall in southern West Bengal, on Wednesday, fizzled out in Bangladesh, on Thursday. However, it left a trail of devastation in Bengal and Bangladesh, reports of which are still trickling in.

According to the latest reports, the death toll caused by the supercyclone in Bengal rose from 12 to 72 in the last 24 hours. Eleven bodies were found to be floating on the water-filled roads of the state capital, Kolkata. The South 24 Parganas district, which took the direct hit of Amphan, reported 27 deaths, so far. Thousands of houses collapsed and countless trees were uprooted in both the South and North 24 Parganas districts.

The dozens of distributaries, which run through the Sundarbans delta, overran villages and farms destroying houses and tens of thousands of hectares of standing crops. Trees collapsed and blocked roads at many places whereas in other places, long stretches of roads went under the water.

Large parts of West Bengal including many areas in Kolkata and its surrounding areas went without electricity, on Thursday. Officials said it may take up to three days to restore power in some parts of the state.

Authorities said the impact of Amphan was more severe than Cyclone Aila, which hit the state on May 23, 2009. Aila had severely impacted the environment in the Sundarbans region. It wiped out snake and bird populations from scores of islands in the delta and killed dozens of tigers.

The region was yet to fully recover from the damage caused by Aila 11 years ago when Amphan hit the state.

The chief minister of West Bengal, Mamata Banerjee, said, “I have never seen such a disaster before. I will ask the prime minister to visit the state and see the situation.” She said it would take her administration several days to assess the damage Amphan caused in her state.

Banerjee said Bengal would require a big financial assistance from the Centre to rebuild the affected areas and salvage whatever is left after the storm. She announced a compensation of ₹2.5 lakh for the families of those killed in the cyclone. Banerjee also announced a relief package of ₹1,000 crore after meeting members of a task force formed to assess relief work that will be needed in the aftermath of the cyclone.

The prime minister, Narendra Modi, will visit Bengal, on Friday, to review the situation in the state.

In Odisha, around 45 lakh people residing in 89 blocks were affected by incessant rain and strong winds brought by Amphan. The storm uprooted trees destroyed houses and inundated roads and villages. Three people, including a two-month-old infant, died in the storm.

Although National Disaster Response Teams cleared roads blocked by uprooted trees and debris, on Thursday, officials said it would take some time to restore power in some areas. About 30 lakh power consumers have been affected.

Reports from Bangladesh said Amphan affected more than a million people in nine districts in Khulna and Barishal divisions of the country. At least 12 people were killed and nearly 2.20 lakh houses damaged by the cyclone, which swept across the southwestern part of the country, on Wednesday.

Reports said more than 200 bridges and culverts were damaged in the coastal districts and around 100 villages were submerged as water breached protection embankments.