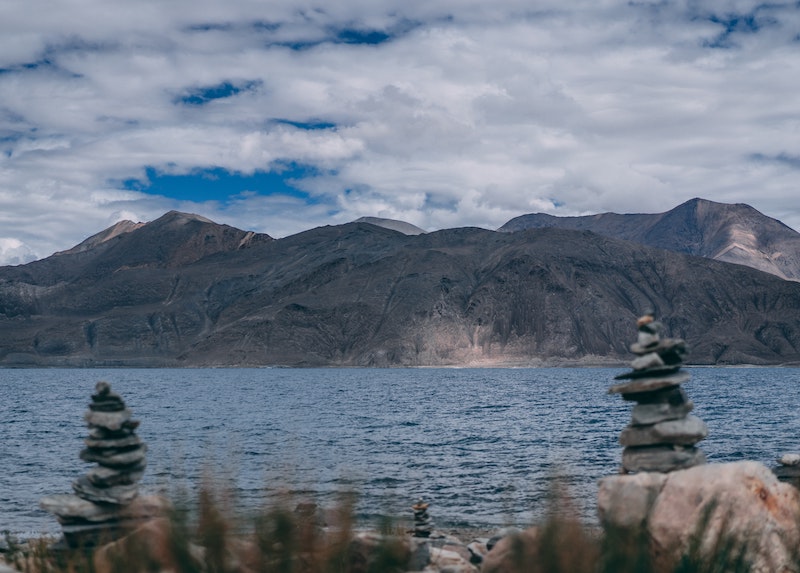 New Delhi: The rising tension between Indian and Chinese troops at several places along the line of actual control (LAC) – from Ladakh in the north to Sikkim in the northeast – seems to be snowballing into a serious issue between the two countries. Already, there have been scuffles and fistfights between Indian and Chinese troops in Sikkim earlier this month.

The Chinese are objecting to India’s building of a strategic bridge near Daulat Beg Oldi – a key Indian Air Force base and the last military outpost at the south of the Karakoram Pass, which brings supplies to the Indian forces in the region. Once the road connecting Darbuk, Shyok and Daulat Beg Oldi is completed along with the bridge and metalled, it will allow India to quickly mobilize troops and send supplies and reinforcements in the area.

India says its territory extends a few kilometres beyond the bridge, while China says the bridge gives the Indian forces entry into their territory.

India’s efforts to resolve the issue through major general- and brigadier-level military negotiations with the Chinese at border meeting points failed.

Reports say China has diverted some 5,000 troops, which were training in a nearby area, to back up almost 1,200–1,500 troops engaged in an eyeball-to-eyeball stand-off with Indian troops at different sites in eastern Ladakh.

China has also brought in more boats into the Pangong-tso (“tso” means lake) and vehicles on the road last week. They are also building bunkers and constructing infrastructure to station more troops at the confrontation sites. Chinese helicopters have also been spotted flying over the area.

According to reports, the Chinese troops are currently 1–3 kilometres inside India territory.

Apart from this, an NDTV report, sourced from the open-source intelligence expert, showed satellite images revealing a large construction activity at a high-altitude Chinese airbase around 200 kilometres away from the Pangong-tso, the site of non-lethal skirmishes between Indian and Chinese troops, on May 5 and May 6.

India said it was keeping an eye on the reinforcements and fortifications by the Chinese People’s Liberation Army at four to five confrontation sites at the Pangong-tso, Demchok, and Galawn valley through satellite, aircraft and drone images.

India has decided to dig in and match China’s move with its own. The Indian Army has moved its Leh-based 3 Infantry Division, which has around 10,000–12,000 troops, forward to “operational” areas from “traditional depth” areas and troops from other regions have replaced them.

Indian officials told media that India has not violated the LAC and had been carrying out construction activities within its own side of the disputed border. They also said India will not give in and allow any unilateral change in the LAC.

The officials said India will match China “in terms of troops, capacity and resources” at the stand-off sites.

TOI quoted a government source as saying, “Indian troops will not budge an inch from their forward positions but will take care not to unnecessarily provoke the PLA troops as per the laid down protocols between the two sides.”

As the crisis escalated, the prime minister, Narendra Modi, met the national security advisor, Ajit Doval, and the chief of defence staff, General Bipin Rawat, to discuss the issue. Before the meeting, the defence minister, Rajnath Singh, met the chiefs of the Army, Air Force and the Navy to discuss the crisis and briefed them.

Another meeting involving the foreign secretary has also taken place to discuss the issue.

According to media reports, India is now looking for a diplomatic solution to resolve the issue while not giving in to China in the military stand-offs along the LAC.

On Tuesday, the Chinese embassy, in a message on its website, offered to fly its citizens from India back to China.

Xi asks his troops to ‘prepare for war’

Meanwhile, the Chinese president, Xi Jinping, directed China’s armed forces to strengthen training of troops and to be ready for war. This comes amid the novel coronavirus pandemic, which is perceived to have impacted China’s national security. Xi, however, didn’t mention any specific threat.

State-run news agency Xinhua reported that the Chinese president commended the military in their role in battling Covid-19. He said the epidemic has deeply impacted the global landscape, including China’s security and development.

Without naming any specific threat, Xi ordered the military to plan for worst-case scenarios, scale up training and battle preparedness, promptly and effectively deal with all sorts of complex situations pertaining to national sovereignty, security and development.

His speech comes amid rising tension with the US over Covid-19, trade and China’s threat of reunifying Taiwan by force. It also comes at a time when China is likely to implement a new controversial security law to crack down on pro-democracy dissidents in Hong Kong and substantially curb several rights citizens in Hong Kong enjoy that mainland Chinese don’t under the “one country, two systems”.

The “one country, two systems” is a set of constitutional principles that describe the governance of Hong Kong and Macau since they became special administrative regions (SARs) of China in 1997 and 1999, respectively.

This also comes at a time when Indian and Chinese forces are at eyeball-to-eyeball stand-off at several places along the LAC and tensions between the two countries are at an all-time high since the India-China Doklam stand-off in 2017, which lasted for a record 72 days on Bhutanese soil.