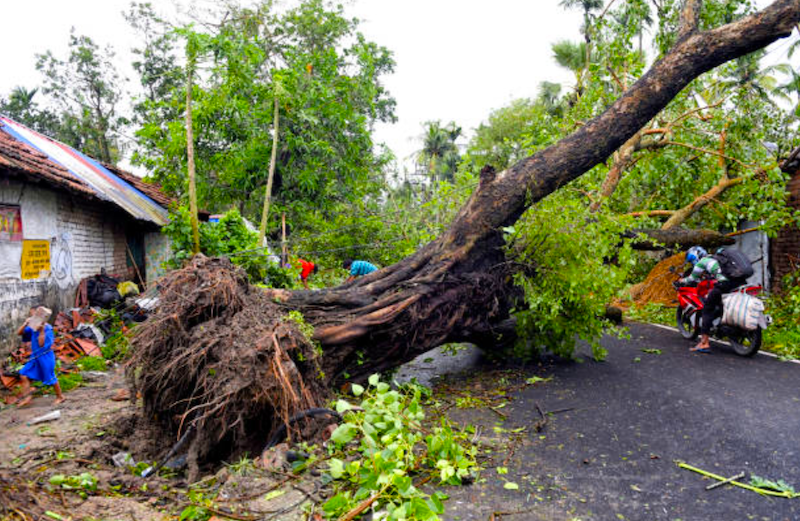 New Delhi: The damage of life, property and environment caused by the severe tropical cyclonic storm, Amphan, in West Bengal, Odisha and neighbouring country Bangladesh is still being assessed. In West Bengal, the state that bore the full fury of the supercyclone, the death toll has gone up from 72, on Thursday, to 80, on Friday, according to authorities in the state. They anticipate the death toll to rise further as reports of casualties and damages is still coming in.

Meanwhile, the prime minister, Narendra Modi, visited Bengal, on Friday, and made an aerial survey of the areas that were hit by Amphan. He later announced an immediate relief package of ₹1,000 crore to the West Bengal government to deal with the aftermath of the cyclone. Modi also announced a compensation of ₹2 lakh for the kin of those killed and up to ₹50,000 to those injured from the PM Relief Fund.

The chief minister of West Bengal, Mamata Banerjee, said her state had suffered losses of over ₹1 lakh crore for which it needed compensation from the Centre.

The prime minister also announced an interim relief package of ₹500 crore to Odisha, which saw fewer deaths and lesser damages than Bengal as the state avoided a direct hit from Amphan. Modi also commended the Odisha government for managing the crisis well.

Speaking on the situation in the wake of Cyclone Amphan. https://t.co/asWXOfFwff

This was the prime minister’s first visit outside Delhi since the nationwide lockdown for the coronavirus was imposed.

Bangladesh Sundarbans cut off from mainland

In Bangladesh, Amphan has destroyed tens of thousands of homes and submerged many villages in the low-lying coastal areas like Khulna and Satkhira. As in the India, the part of the Sundarbans delta in Bangladesh also suffered the maximum damage.

India and Bangladesh share the Sundarbans, which is around 10,000 square kilometres, roughly at the ratio of 35:65. It is the home to many species of animals and plants, which includes the famous Indian tiger.

A large area in the Sundarbans, which is a made up of mangrove islands, remains cut off from mainland Bangladesh for the third day running. Authorities have said at least 17 people have been reportedly killed by the supercyclone, but the death toll is expected to rise in the coming days.