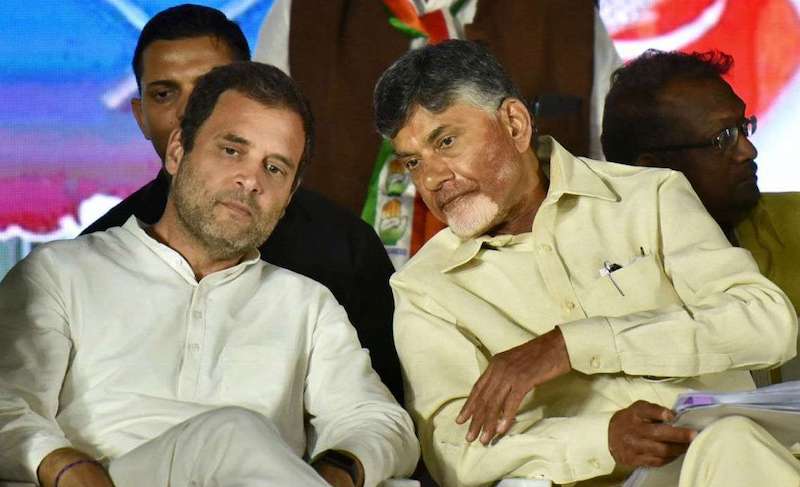 Naidu met Rahul Gandhi while heading to West Bengal to attend election rallies in support of the ruling Trinamool Congress candidates in the state.

The Lok Sabha elections are being held in seven phases. Polling in five phases are completed so far and the counting of votes is scheduled to be on May 23.

It is to be noted that Naidu was in Delhi to attend the Supreme Court hearing on a petition filed by the opposition parties to review its judgment rejecting 50 per cent random physical verification of EVMs using VVPATs. The apex court dismissed the petition following which the opposition leaders again met the poll body to press their demand.