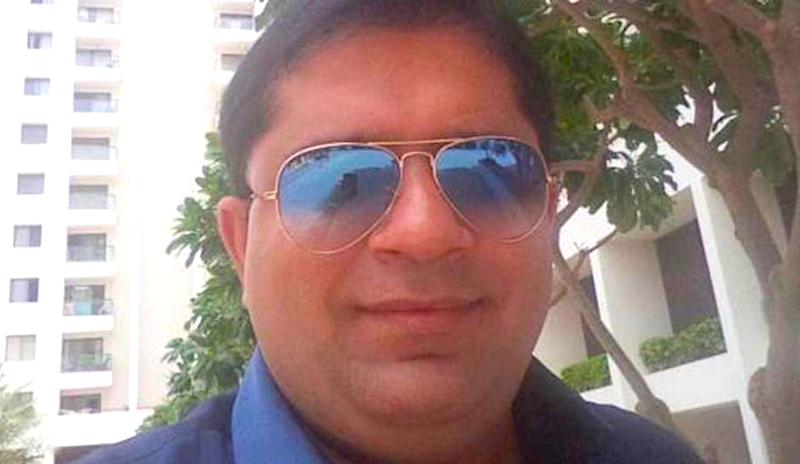 New Delhi: A special National Investigation Agency court in Ahmedabad, on Tuesday, found Birju Kishore Salla, 38, guilty of planting a hijack threat letter on a Mumbai-Delhi Jet Airways flight. The court sentenced him to life imprisonment for the remainder of his natural life along with a fine of ₹5 crore.

This is the first case against an individual under the Anti-Hijacking Act (Amended), 2016 in the country.

According to the chargesheet, Salla, a diamond businessman, had left a note on board a Jet Airways flight in a “planned manner”, warning that there were hijackers and explosives on board. The preparation of the threat note was captured on the office CCTV camera.

Judge KM Dave ordered Salla to pay ₹1 lakh each to the pilot and co-pilot of flight, ₹50,000 be paid to two air hostesses and another ₹25,000 to each of the other crew members on board. There were 115 passengers and seven crew members aboard the flight that made an emergency landing at the Ahmedabad airport on October 30, 2017.

Salla had, in a note, wrote in English: “Flight no 9w covered by Hijackers and aircraft should not be land and flown straight to POK. 12people on board. if you put landing gear you will hear the noise of people dying. don’t take it as a joke… [sic],” along with an Urdu translation.

After his arrest, Salla confessed to the crime. He said he did it because he hoped that his hoax would force Jet Airways to close its Delhi operation and his girlfriend, who worked in the airline’s Delhi office, would come back to Mumbai.

The government handed the case to the National Investigation Agency in November 2017.

During his pre-conviction incarceration, which was around 1.5 years, Salla applied for bail several times, but his application was rejected every time. Salla is also the first person in India to be included in the “No Fly List”.