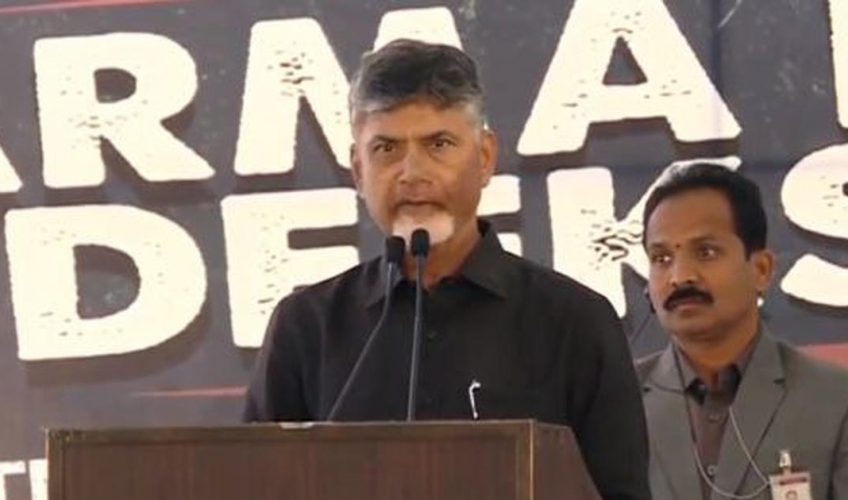 New Delhi: N Chandrababu Naidu, the chief minister of Andhra Pradesh, sat on the daylong fast at Andhra Bhavan, on Monday, demanding a special status for the state. This eventually became the rallying point for opposition leaders seeking to put up a united front against the BJP-led NDA for the upcoming Lok Sabha election.

Opposition leaders showed solidarity by uniting at the spot to target the Modi government. Even BJP’s NDA ally Shiv Sena also sent Sanjay Raut as its representative to show solidarity with Naidu’s cause. Raut also joined the anti-Modi chorus and said Andhra Pradesh had been wronged.

The Congress chief Rahul Gandhi said, “The PM has stolen from the people of Andhra Pradesh and he has given that money to Anil Ambani. I want to let you know that we are all standing together. We are going to defeat the BJP.”

Former PM Manmohan Singh said, “This demand had support of all parties when it was discussed in Parliament. I stand in solidarity with Naidu."