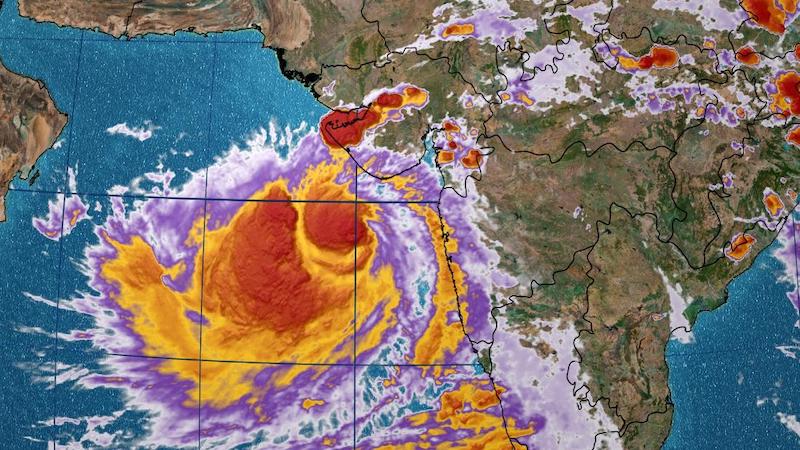 New Delhi: The Indian Meteorological Department, on Thursday morning, announced that cyclone Vayu will not hit Gujarat on the Saurashtra coast as it has moved towards the sea. However, the coastal districts of the state are likely to face heavy rainfall with high wind speed, and the sea will remain turbulent for the next 24 hours.

Manorama Mohanty, senior officer at the IMD, Ahmedabad, said, “Cyclone Vayu won’t hit Gujarat. It will pass near Veraval, Porbandar and Dwarka. Its effect will be seen on the coastal regions, as there will be strong wind speed and heavy rain.”

The IMD said, “Very severe category l cyclonic storm Vayu forming over east central Arabian Sea had moved north to northwest-wards in the past six hours. It was 130km southwest of Veraval and 180km south of Porbandar. It may move north-northwestwards for some time and skirt the Saurashtra coast later.”

Following the IMD updates, the state government said all its preparations will remain on stand-by mode till the cyclone passed completely.

Although the cyclone is not likely to make landfall, there will be heavy rain and strong winds.

The government, in its precautionary measures, shifted more than 2.5 lakh people from low-lying areas and vulnerable places to safer locations and deployed 36 National Disaster Response Force teams and other agencies.