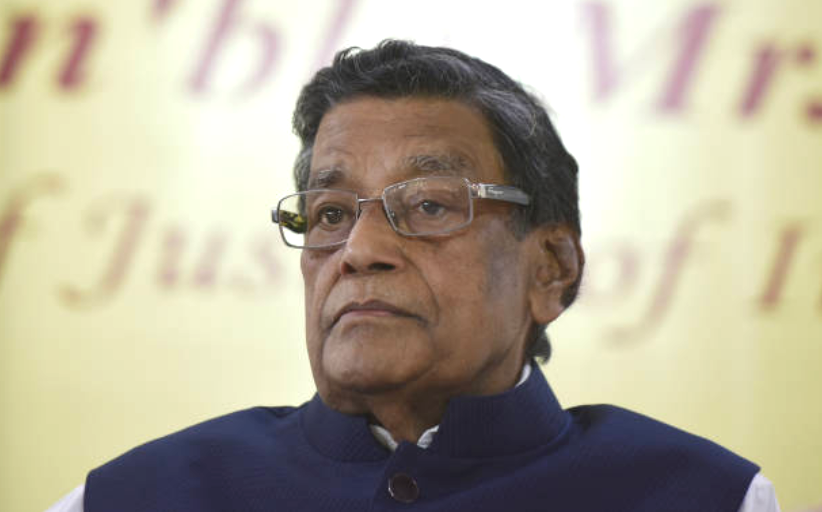 New Delhi: Just days after stunning the country with his disclosure in the Supreme Court that the classified documents on the Rafale warplane deal were stolen from the ministry of defence, attorney general KK Venugopal, now, took a complete U-turn. Talking to media, he rubbished the reports of him stating the “papers were stolen” as “wholly incorrect”.

Media reports, on Friday, quoted Venugopal as saying, “I am told that the opposition has alleged what was argued (in the Supreme Court) was that (the) files (containing the confidential details of the Rafale deal) had been stolen from the defence ministry. This is wholly incorrect. The statement that files have been stolen is wholly incorrect.”

He then tried to clarify that he meant, in his Wednesday’s submission to the court, that the petitioners seeking probe in the Rafale deal used “photocopies of the original documents”, which the government deemed as secret, to make their case.

On Wednesday, Venugopal, who made this submission on behalf of the government before a three-judge Supreme Court bench comprising Chief Justice of India Ranjan Gogoi, Justice SK Kaul and Justice KM Joseph, warned the Hindu newspaper over journalist and Hindu Group’s chairman N Ram’s investigative stories on the Rafale deal with the Official Secrets Act for publishing articles based on them. Ram’s stories on the Hindu also carried parts and excerpts from the official documents pertaining to the Rafale deal.

Venugopal also told the court that the investigation into the theft is on.

Venugopal’s statement that the classified Rafale documents were stolen from the defence ministry created a political storm with the Congress president, Rahul Gandhi, saying there was “enough evidence” now to “prosecute” the prime minister, Narendra Modi. The West Bengal chief minister and Trinamool Congress leader, Mamata Banerjee, also slammed the Modi government and demanded a probe into the “theft” of classified documents.

N Ram, on his part, said “no force on earth” can make him or his newspaper reveal the source(s) of the documents, because they had “given their word”. He insisted that the documents were not stolen.

The apex court is hearing the review pleas on its December 14 verdict, in which it dismissed the litigations filed for a probe into the deal between the Narendra Modi government and France’s Dassault Aviation for 36 Rafale fighter jets. The litigants allege there had been irregularities in the deal, and they bolstered their case by presenting journalist N Ram’s reports published in the Hindu.

The most prominent of these pleas is the one jointly submitted by senior advocate Prashant Bhushan and former Union ministers Yashwant Sinha and Arun Shourie.

The next hearing in this matter will take place on March 14.