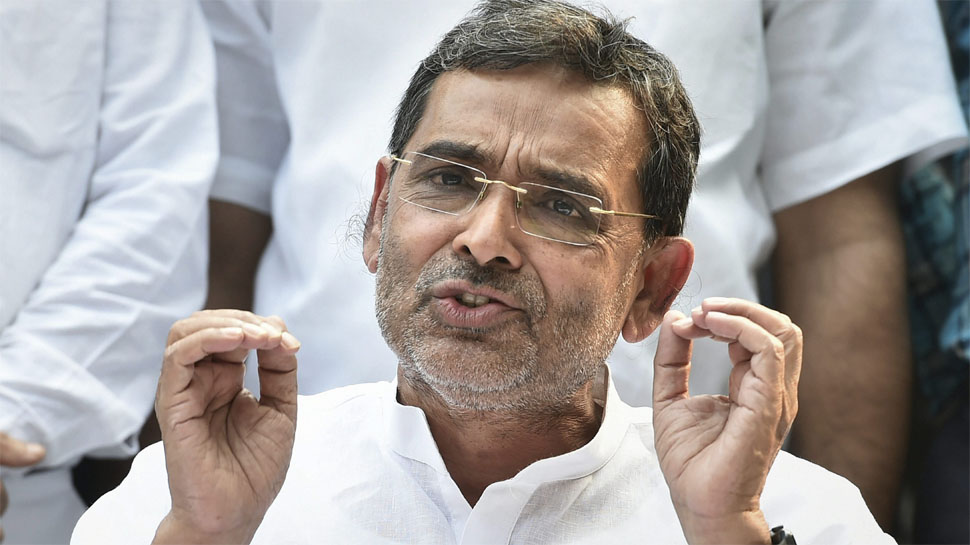 New Delhi: Union minister and Rashtriya Lok Samta Party leader Upendra Kushwaha has resigned from his post as minister of state for human resource development as well as from the National Democratic Alliance after a scuffle with ruling government over seat-sharing for the 2019 Lok Sabha election.

While accusing BJP for following agenda of Rashtriya Swayamsewak Sangh, Kushwaha has written in his resignation letter to Prime Minister Narendra Modi that he felt “dejected, betrayed” by the prime minister’s leadership.

"Having served in your council of ministers for last 55 months, I stand dejected and betrayed by your leadership. There has been fundamental problem in what you promised to the people before elections and what you have actually delivered after coming to power," reads the Kushwaha's resignation letter to Modi.

Kushwaha has also declared that his party, RLSP, will no longer associated with the NDA. He has hinted at the alliance with other opposition parties by suggesting that other options are open for his party. He is likely to meet the Congress president Rahul Gandhi later in a day.

“My conscience doesn’t permit me to be a part of a government that has failed to fulfil its promises and betrayed the aspirations of our founding fathers of the Constitution,” he said.

Earlier, Kushwaha had expressed disappointment over BJP’s decision to give his party two seats, one less than 2014 Lok Sabha election, in the upcoming 2019 election. He had requested the BJP government to consider respectable number of seats for his party.