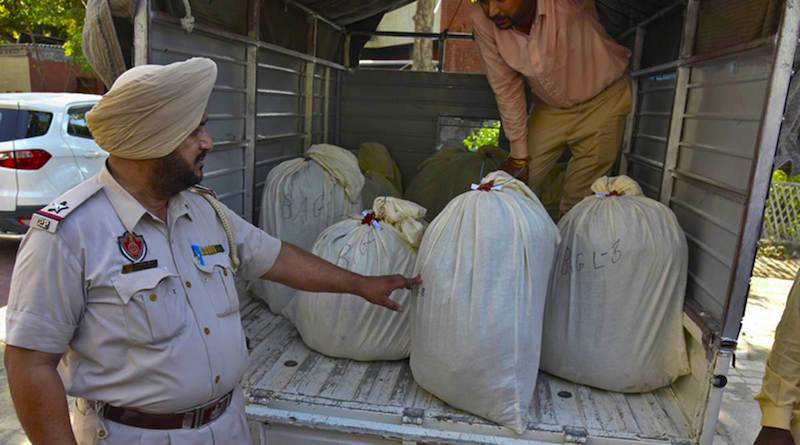 A part of the drugs seized.

New Delhi: In a major breakthrough, the customs department has seized 532kg of suspected heroin and 52kg of suspected mixed narcotics worth ₹2,700 crore that was smuggled in to India from Pakistan in a truck through Attari border trade route in Punjab, on Sunday.

Customs (preventive) commissioner Deepak Kumar Gupta, while confirming the seizure of consignment of heroin and mixed narcotics, said that the consignment was concealed under hundreds of bags of rock salt inside the truck that arrived at the Attari border two days ago through the integrated check post.

During detailed examination of 600 bags of rock salt by customs staff at ICP, it was found that 15 bags contain heroin with a net weight of 532kg and mixed narcotics of 52kg, Gupta told reporters during a news conference in Amritsar. He said, “This is the biggest ever achievement in annals of the Indian customs’ history.”

The heroin was seized under provisions of the Customs Act and the Narcotic Drugs and Psychotropic Substances Act. An alleged mastermind of the organized smuggling operation, Tariq Ahmed has been arrested with the help of Jammu & Kashmir police and further investigation is under way, confirmed the commissioner.