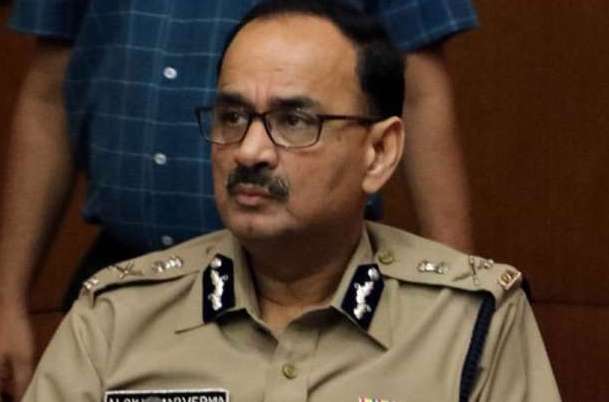 New Delhi: The raging war between the Number 1 and Number 2 in the Central Bureau of Investigation – director Alok Verma and special director Rakesh Asthana – has taken a dramatic turn, on Wednesday, with the government sending both of them on “leaves”, thus removing them from the agency. The government said they were sent on leaves on the recommendation of the Central Vigilance Commission as it was necessary for a fair probe into the allegations and counterallegations made by the two top officers against each other.

The prime minister-led appointments committee has handed the charge of the CBI to the M Nageshwar Rao – a 1986-batch Indian Police Service officer and currently a joint director in the agency.

The government has claimed that Alok Verma, despite several assurances and reminders, did not cooperate with CVC and refused to furnish records and files before the commission. In a statement, the government said, “The CVC has also observed that the director, CBI, has been non-cooperative with the commission, non-compliant with the requirements/directions of the commission and has created wilful obstructions in the functioning of the commission which is a constitutional body.”

Following his removal, Verma has challenged the decision in the Supreme Court. He submitted a petition in the court citing that the CVC’s recommendation and subsequently the government’s move to remove him as CBI director was “patently illegal” and such actions “erodes the autonomy of the country’s premier investigation agency”. The apex court admitted his petition listed it for hearing on October 26.

Earlier, special director Rakesh Asthana, who is the the CBI’s second-highest-ranking officer, had filed complaint with the CVC against his boss – director Alok Verma. This came after the CBI had filed a criminal complaint against Asthana and his junior, deputy superintendent of police Devender Kumar, accusing them for “bribery” and “running an extortion racket”. After the case was filed against Asthana, Verma moved to remove Asthana of all duties and took away all the cases the latter was handling.

It must be noted that Verma had objected to Rakesh Asthana’s appointment as special director of the CBI as the latter was implicated in the Sterling Biotech bribery case, in which the promoters of the company – brothers Chetan and Nitin Sandesara – allegedly paid bribes to top police officials during a money-laundering case against them.

Following this, both Asthana and Kumar have moved the Delhi high court challenging accusations against them.

Considering the gravity of the allegations, the court allowed criminal proceedings against the two while staying the arrest of Asthana until Monday. DSP Kumar has been taken into police custody.

Verma’s dramatic removal as CBI director triggered an outcry among opposition parties. Congress spokesman Randeep Surjewala accused the Modi government of “driving the last nail” into the independence of the agency. Meanwhile, Congress president Rahul Gandhi claimed that the government removed Verma as he was “probing the Rafale scam”.

Who is Rakesh Asthana?

Rakesh Asthana is an IPS officer from the Gujarat cadre and handled many high-profile cases during Narendra Modi’s time as the Gujarat chief minister. Some of the cases include the 2002 Godhra train burning, the 2008 Ahmedabad serial blasts, etc. As CBI special director, Asthana was probing the cases of AgustaWestland chopper scam, coal scam, and businessman Vijay Mallya’s case.

Asthana is considered to be close to Modi and BJP chief Amit Shah.

Who is Alok Verma?

Alok Verma is said to be close to national security advisor Ajit Doval. According to media reports, in the ongoing war between Verma and Asthana, Doval is with Verma. With Doval’s backing, Verma apparently had the upper hand against Asthana.

Verma was due to complete his two-year term as CBI director in January 2019.

• ‘Election King’ K Padmarajan plans to mark his 200th defeat by contesting from Wayanad against Rahul Gandhi
• Exit polls 2018: BJP in backfoot in Rajasthan, Madhya Pradesh and Chhattisgarh, TRS ahead of Congress in Telangana, MNF ahead in Mizoram
• Centre asks Supreme Court to reconsider its recommendation of two HC judges for elevation
• Karnataka crisis moves to Supreme Court; assembly speaker buys time to verify resignations of MLAs, Congress and JD(S) leaders protest against BJP
• Meghalaya mine tragedy: Navy divers find body of one trapped miner after more than a month