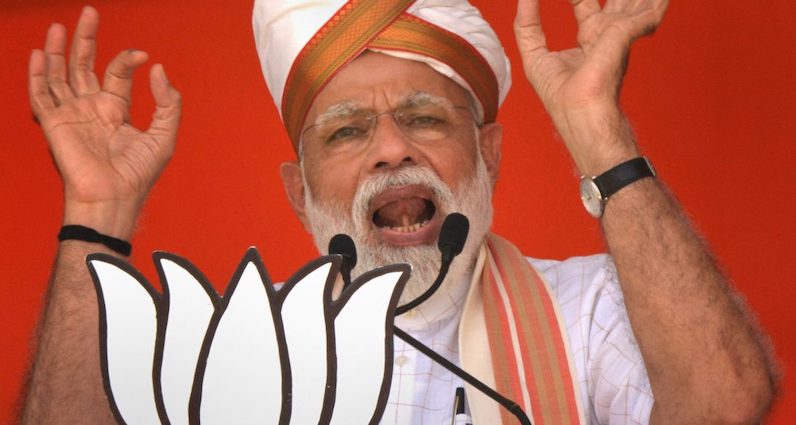 New Delhi: The Congress along with other regional opposition parties have complained to the Election Commission against Prime Minister Narendra Modi for politicizing the sacrifices of security forces when he urged first-time voters to dedicate their vote to the CRPF jawans killed in the Pulwama terror attack and the airmen who carried out the air strike in Pakistan’s Balakot.

BJP’s prime-ministerial candidate Modi, while addressing an election rally at Ausa in Maharashtra’s Latur district, along with Shiv Sena chief Udhhav Thakarey, while making an emotional appeal to first-time voters, said, “When you earn your first salary, usually you don’t keep it for yourself. You want to dedicate it your mother or sister. Similarly, can you dedicate your vote for the Balakot strike, for the Pulwama attack victims, for pucca (brick and mortar) houses, for drinking water and to ensure that health services reach the poorest of the poor?”

Modi further asked voters to press the button on lotus (BJP symbol) or bow and arrow (Shiv Sena symbol) which will directly go into Modi’s account. “Voters would feel proud of their choices,” he said.

Former Union minister and senior Congress leader Kapil Sibal, while expressing dissatisfaction over this, said, “Everybody knows why the PM is doing this. It is unfortunate that the EC is not taking any action against him (for violating the election model code of conduct).”