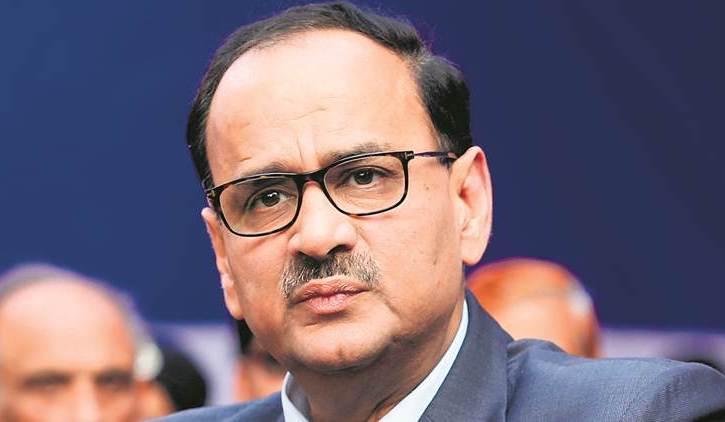 New Delhi: Alok Verma, the Central Bureau of Investigation chief, has been removed from his post, on Thursday night. The decision was taken in the second high-level panel meeting headed by Prime Minister Narendra Modi by a majority or 2:1. This latest twist culminates the drama that had been going on since the government first removed Verma and his deputy in the wee hours of October 24 last year.

This is the first time that the director of the country’s premier investigation agency has been removed in this fashion.

Earlier in this week, the Supreme Court had reinstated Verma and asked the select committee to decide on his future with the investigation agency. The Supreme Court ruling also said that the government had no powers to act against a CBI director as the post was insulated from political influence. The only body with the powers to act against a CBI director was the select committee comprising the prime minister, the chief justice of India, and the leader of opposition – the same panel which selects the CBI chief.

The apex court had ordered the government to schedule the meeting of panel within a week of its order.

In the wee hours of October 24 last year, the government dramatically removed the CBI director, Alok Verma, and his deputy in the agency, special director Rakesh Asthana, on the recommendation of the Central Vigilance Commission. Verma and Asthana had been at loggerheads with each other for some time – accusing and counteraccusing each other of corruption and dereliction of duty.

According to media reports citing “anonymous government officials”, the CVC report against Verma had some serious allegations of corruption, including bribery. One of the high-profile cases in which the CVC found Verma’s conduct suspicious was the money-laundering case of controversial meat exporter Moin Qureshi. Verma is accused of not giving approval to making one Sathish Babu Sana – who is a Hyderabad-based businessman – an accused in the case. The “anonymous sources” also said the CVC also claimed that “intercepts by India’s external spy agency, Research & Analysis Wing, revealed that Rs 2 crore had changed hands in the case.”

They said the CVC found Verma’s conduct in the case “suspicious” and wanted a “criminal probe” against him.

The media reports citing “unnamed government officials” also said during the panel’s second meeting, on Thursday, the PM and Justice Sikri arrived at the conclusion that Verma’s continuance as the CBI director would be “detrimental” to the agency’s integrity. Kharge opposed the removal of Verma.

The reports citing the officials also said that except Kharge, Modi and Sikri felt that the CVC accusations against Verma “necessitated criminal investigation” in some cases.

Media also reported that in his dissenting note, Kharge stated to restore Verma to the full extent and authority of power under his office. He said there is a “lack of substantial findings” against him in CVC report, which gave the handle to remove him in October. Kharge also demanded an independent probe to ascertain “what happened on the night of October 23-24” with respect to Verma’s removal.

The Congress, which seemed to be backing Verma, has slammed government for removing him while denying him chance to represent his case before the panel.

After the Supreme Court reinstated Verma to his post as CBI chief, albeit with limited powers pending the decision of the PM-led panel, on Wednesday, he cancelled all the transfers done by the interim CBI chief M Nageshwar Rao.

Verma has now been posted as director general of Directorate General Fire Services, Civil Defence & Home Guards up to the end of his term, which is January 31, 2019.

Nageshwar Rao, who had been the interim chief after Verma’s removal in October, is tipped to become the new CBI director.