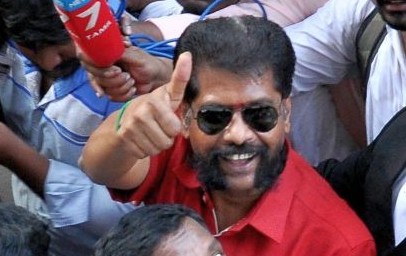 New Delhi: The Tamil Nadu Raj Bhawan has strongly rejected reports published by the biweekly Tamil magazine Nakkeeran, which names the governor, Banwarilal Purohit, and his staff in a university sex scandal. The governor’s office has also justified the arrest of Nakkeeran’s editor, RR Gopal, for linking the names of the governor and Raj Bhawan in the scandal.

The governor’s office has issued a statement clarifying that governor Banwarilal Purohit or his office never had any relation with assistant professor Nirmala Devi and governor has never visited the guest house of Madurai Kamaraj University when he was invited for the convocation ceremony of the Mother Theresa University. In the statement, Raj Bhawan has also termed the reports in Nakkeeran as “yellow journalism”.

The statement said Nirmala Devi has never entered Raj Bhawan in the last one year and she does not have any acquaintance with the governor or the secretary to the governor or any of the officers working in the Raj Bhawan.

Gopal was arrested for publishing reports accusing governor and his staff for alleged involvement in an alleged sex scandal. In Madurai Kamraj University. The Raj Bhawan had filed complaint against magazine for false and malicious reporting.

The key accused of the scandal, Nirmala Devi, was arrested after an audio clip of her conversation with girl students went viral. Nirmala Devi was heard asking girls to adjust with top officials by offering them sexual favours for marks and money.