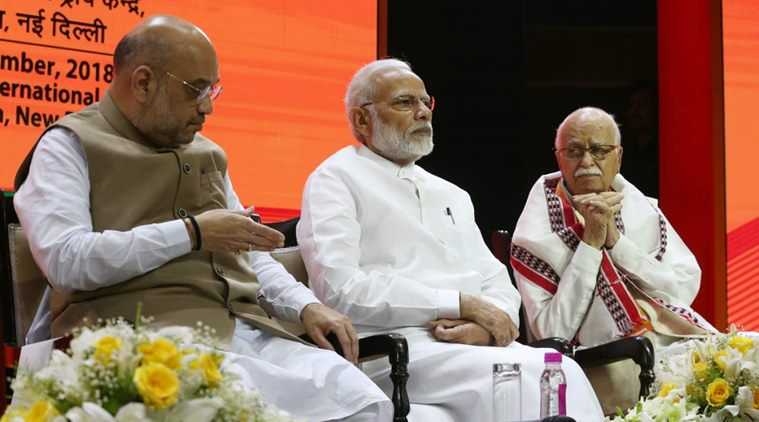 New Delhi: The Bhartiya Janta Party concluded its two-day national executive meeting, on Saturday, at the capital’s Ambedkar International Centre with a political resolution that sets the tone for the party’s strategy for the 2019 Lok Sabha election. The resolution showers praises on the prime minister, Narendra Modi, for his achievements and assails the opposition for its “lack of policy and leadership”.

The resolution stated that the opposition parties were running a “Modi roko abhiyan” (stop-Modi campaign), much like when the opposition launched a “Indira hatao” (remove Indira) campaign during Indira Gandhi’s premiership during the imposition of Emergency in the mid-1970s. The said the BJP government was committed to a “new India” – an India free from poverty, corruption, casteism, terrorism and communalism – by 2022.

While briefing reporters on the resolution, senior party member Prakash Javadekar, who is also the Union HRD minister, said, the opposition lacks leadership, policy and strategy and due to these reasons, the opposition parties are unhappy and disappointed.

On the fiscal front, Javadekar said the Indian economy was growing rapidly and fiscal discipline has been maintained under the Modi’s vision.

The resolution also stated that measures the Modi government took, such as demonetization, GST, Insolvency and Bankruptcy Code, etc, “set India’s economic basics right while bringing economic discipline and rule of law in the governance”.

While answering to reporters on the steep hike in petrol and diesel prices, which saw the opposition parties coming out on the streets in protests, Javadekar said that the escalation rate under the UPA rule was higher than that had been in the last four years.