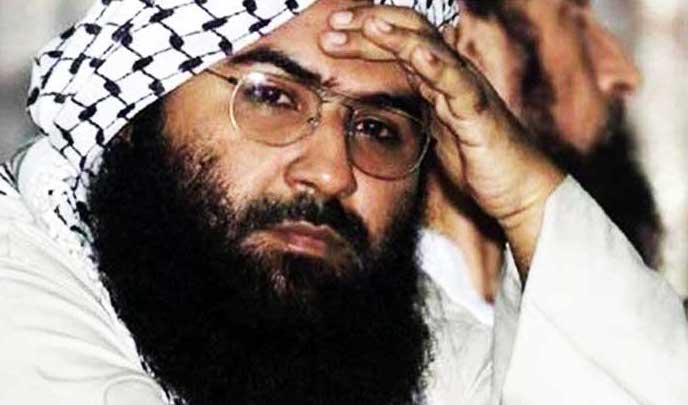 New Delhi: A day after a deadly attack by the Jaish-e-Muhammed on a Central Reserve Police Force convoy in Jammu & Kashmir’s Pulwama, China once again refused to back India’s appeal at United Nations security council to designate Jaish-e-Muhammed chief Maulana Masood Azhar a global terrorist, on Friday. Soon after the jihadist attack, the terror outfit released a video of the suicide bomber and claimed responsibility for the carnage, which left 42 CRPF personnel dead.

Geng Shuang, spokesman of the Chinese foreign ministry, said, “China has noted the reports of suicide terrorist attack. We are deeply shocked by this attack. We express deep condolences and sympathy to the injured and bereaved families. We firmly oppose and strongly condemn all forms of terrorism. We hope relevant regional countries will cooperate to cope with the threat of terrorism and jointly uphold regional peace and stability.”

In an apparent reference to list Azhar as a global terrorist, he said, “As for the issue of listing, I could tell you that the 1267 committee of the security council has a clear stipulation on the listing and procedure of the terrorist organizations. The JeM has been included in the security council terrorism sanctions list. China will continue to handle the relevant sanctions issue in a constructive and responsible manner.”

Apart from the Pulwama attack, Azhar is accused of having carried out several terror attacks in India, including the one on an Army camp in Uri in Jammu & Kashmir in 2016, where 17 members of the security forces were killed.

India released Azhar along with two more dreaded terrorists in December 1999 when terrorists hijacked Indian Airlines Flight IC814 from Kathmandu to New Delhi and took it to Kandahar in Afghanistan, which was under Taliban rule then, and demanded their release. In 2000, Azhar went on to form the Jaish-e-Muhammed jihadist outfit.