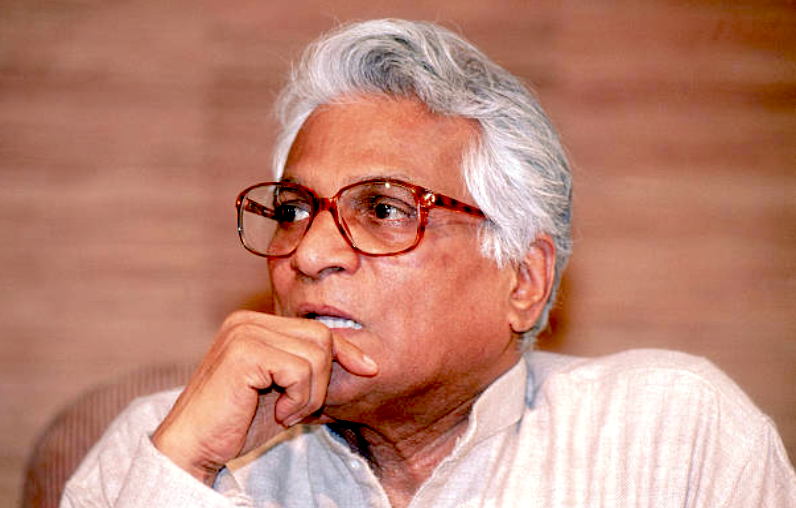 New Delhi: George Fernandes, former defence minister and nine-time Lok Sabha MP, passed away, on Tuesday, following a prolonged illness. He was 88. According to his family sources, he was suffering from Alzheimer’s disease and recently was diagnosed with swine flu. He was bed-ridden for the past few years.

Kovind said, “(He) served India in many capacities, including as Defence Minister. He epitomised simple living and high thinking. And was a champion of democracy, during the Emergency and beyond. We will all miss him [sic].”

Modi tweeted: “When we think of Mr. George Fernandes, we remember most notably the fiery trade union leader who fought for justice, the leader who could humble the mightiest of politicians at the hustings, a visionary Railway Minister and a great Defence Minister who made India safe and strong [sic],” adding, “During his long years in public life, George Sahab never deviated from his political ideology. He resisted the Emergency tooth and nail. His simplicity and humility were noteworthy. My thoughts are with his family, friends and lakhs of people grieving. May his soul rest in peace [sic].”

The Congress president, Rahul Gandhi, also offered condolences on the demise of Fernandes. He said, “I’m sorry to hear about the passing away of former Parliamentarian and Union Minister, George Fernandes Ji. My condolences to his family and friends in this time of grief [sic].”

Fernandes, who was a key member of the Janata Dal and went on to establish the Samta Party, was born on June 3, 1930 in Mangalore (now Mangaluru). He was the eldest of six siblings. As a teenager, he was sent to Bangalore (now Bengaluru), in 1946, to be trained as a priest. In 1949, he moved to Bombay (now Mumbai), where he joined the socialist trade-union movement. Soon, Fernandes became a trade-union leader. He organized organized many strikes in Bombay in the 1950s and 1960s while working with the Indian Railways.

Fernandes was first elected in the Lok Sabha in 1967 when he defeated SK Patil of the Congress from the South Bombay (now South Mumbai) constituency. He was the mastermind behind the famous 1974 railway strike. He was the president of All India Railwaymen’s Federation at that time. When the-then prime minister, Indira Gandhi, imposed the Emergency, in 1975, Fernandes went. However, he was arrested in 1976 and was tried in the infamous Baroda dynamite case.

After the Emergency was lifted, in 1977, and general election was called, Fernandes contested from Bihar’s Muzaffarpur constituency in absentia and went on to win a landslide. He was later appointed Union minister for industries in the Morarji Desai government from 1977 to 1979. During that time, he ordered American multinationals, like Coca-Cola and IBM to leave the country for investment violations. Coca-Cola wouldn’t return to India for the next 25 years.

Apart from industries ministry, Fernandes held several other important portfolios in the Union Cabinet, such as communications, railways and defence. He served as the railway minister in the VP Singh government between 1989-1990 and was the driving force behind the Konkan Railway project during his tenure. Fernandes was India’s defence minister in the NDA government headed by Atal Bihari Vajpayee for two terms – 1998–2001 and 2001–2004. During his tenure as the defence minister, India won the limited war in Kargil against Pakistan, in 1999. His tenure also saw two infamous controversies – the “Coffingate” and Tehelka scandals. A probe later exonerated Fernandes of any wrongdoing.