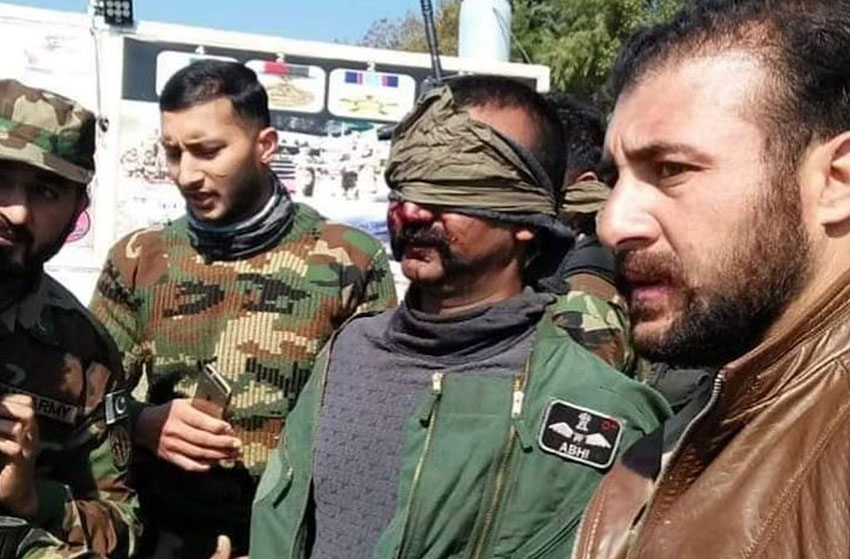 Pakistan claims the blindfolded man in the photo is IAF Wing Commander Abhinandan.

Amid the escalating tension along the India-Pakistan border, on Wednesday, India acknowledged that Pakistani warplanes engaged with Indian warplanes and shot down one MiG-21. It also said, one pilot is missing in action. This comes after India carried out air strikes on terror camps deep into Pakistan.

However, before the official statement came out, Radio Pakistan released a startling video on social media and claimed to have captured an Indian pilot who was arrested after his fighter jet crashed inside PoK, during the aerial engagement between the two countries. In the video, a man dressed in flight suit is seen being questioned by Pakistan army officials. And when he is asked to identify himself, he says that his name is Abhinandan, and then gives his service number as 27981 and claims to be an Indian pilot who was flying a MiG-21 Bison.

Following this, the spokesman for India’s foreign ministry, Raveesh Kumar, gave the official statement confirming that Pakistani warplanes engaged Indian warplanes and shot down a MiG-21 Bison. The statement also said that an Indian pilot was missing.

“India had informed about Counter Terrorism (CT) action it took yesterday against a training camp of Jaish-e-Muhammed (JeM) in Pakistan based on credible evidence that JeM intended to launch more attacks. Against this Counter Terrorism Action, Pakistan has responded this morning by using its Air Force to target military installations on the Indian side. Due to our high state of readiness and alertness, Pakistan's attempts were foiled successfully.