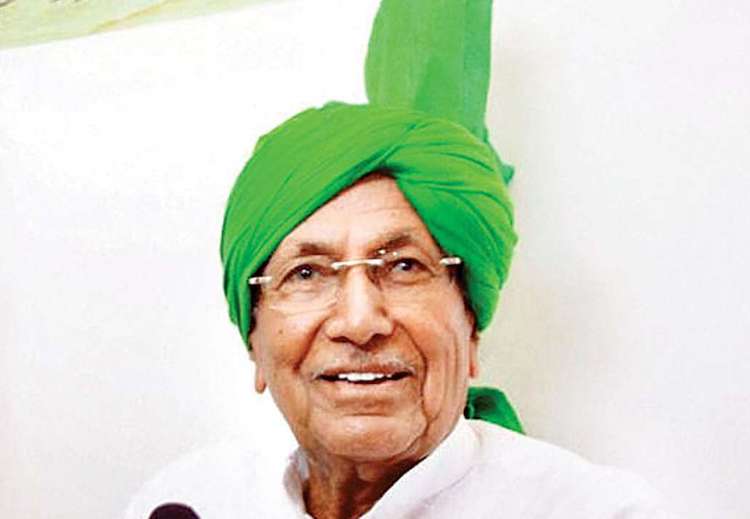 New Delhi: The Indian National Lok Dal chief, Om Prakash Chautala, has expelled his elder son and secretary general of the party’s state unit, Ajay Singh Chautala, from the primary membership of the party over his involvement in “anti-party activities”.

On Wednesday, INLD state president Ashok Arora has showed a letter signed by party chief mentioning the decision to expel Ajay from the party for running “parallel activities in the name of the party” and also holding an “unconstitutional” meeting of the state executive.

According to the Arora, Om Prakash had asked him, on November 12, to take action against Ajay when he initiated an “unconstitutional” meeting of the INLD state executive when he is not authorized to call such meetings.

“As per the party constitution, only national president Om Prakash Chautala or state president or someone authorized by them has the right to call a meeting of the state executive. Thus, party has decided to expel Ajay Chautala from the primary membership of the party, as he has been involved in anti-party activities,” he said.

Recently, the grandsons of Om Prakash Chautala – Dushyant Chautala, member of Parliament from Hisar and his younger brother Digvijay Chautala – had also been axed from the party. However, both Dushyant and Digvijay have refused to accept the expulsion order arguing that the letter was not signed by the party chief.