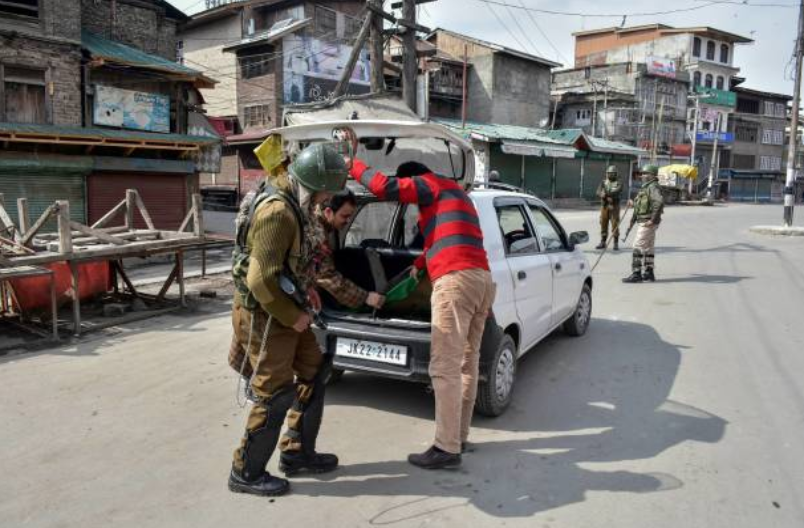 A paramilitary jawan is searching a car in Srinagar.

New Delhi: The Centre, on Thursday, has imposed ban on the Jamaat-e-Islami Jammu & Kashmir group under the Unlawful Activities (Prevention) Act for five years. The notification declaring the ban was issued by the Union ministry of home affairs.

According to the notification, the group is in close touch with militant outfits and is supporting extremism and militancy in Jammu & Kashmir. The notification has also claimed that the group has been engaged in anti-national activities that aim at disturbing the territorial integrity of India.

The notification has mentioned that the group is supporting militancy and incites violence in the country.

Earlier, the group was banned in 1990 for five years and it lapsed in 1995. The group was formed in 1945 as a part of Jammat-e-Islami Hindi, however, separated in 1953 due to political differences. It had also decided to withdrew from the Hurriyat and maintaining its stand on issues related to Kashmir.

Earlier, the Jammu & Kashmir Police had arrested 100s of Jamaat cadres, including its chief Abdul Hamid Faraz and advocate Zahid Ali, on February 22 and 23. The National Investigation Agency along with Jammu & Kashmir Police has raided houses of several separatist leaders in the valley. The NIA official has claimed that they have recovered several important documents and electronic documents in the raid.