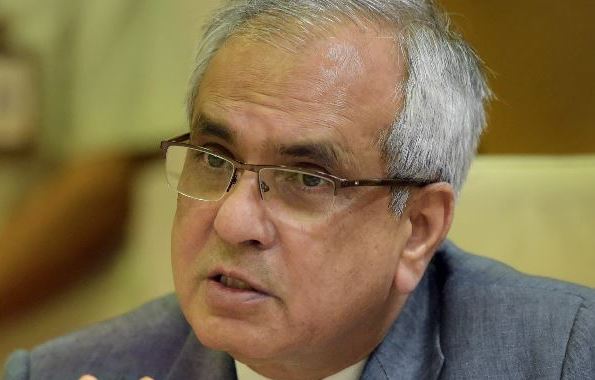 New Delhi: While responding to the criticism and clarifying the role of his department in the release of GDP back-series data by the Central Statistics Office (CSO), the National Institution for Transforming India (NITI) Aayog vice-chairman Rajiv Kumar said that the department was asked to look at the data before its release.

He said that both departments have close links and they work together and use data extensively.

“There have always been close links between the two, simply because we use data so extensively and we work together. For example, the task force on employment statistics was chaired by my predecessor. Its recommendations are now being implemented by the CSO. In this case also, when they were about to release the back series, they asked us to have a look,” he said.

Many economists along with former chief statistician of India Pronab Sen have criticized NITI Aayog over its involvement in the release of back-series data.

“NITI organized two roundtables … wherein the experts gave valuable suggestions. NITI provided the platform and subsequently, the CSO requested participation in the release. Both MoSPI (ministry of statistics and program implementation) and NITI are components of the government of India, so why would it be political? Where is the issue? I think Dr Pronab Sen having raised that issue is totally unnecessary. Back series is not just a ‘technistic’ exercise, it’s an issue with many dimensions and it affects the whole macro economy,” said Kumar.

Former finance minister P Chidambaram has criticized the revised numbers by calling it a “bad joke” and a “hatched job”.

In response to the criticism, Kumar has clarified that the revision of data is always done in every country. “Calling names and casting aspersions on the integrity of any organization is incorrect,” he said.