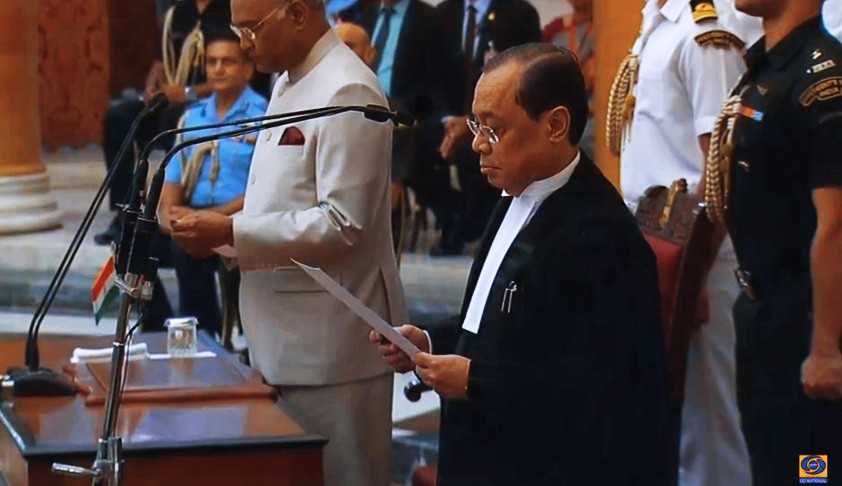 New Delhi: The most senior judge in the Supreme Court, Justice Ranjan Gogoi, was sworn in as the 46th Chief Justice of India, on Wednesday, by President Ram Nath Kovind at the Rashtrapati Bhavan. Many politicians and dignitaries, including Prime Minister Narendra Modi, attended Justice Gogoi’s swearing-in ceremony.

Born on November 18, 1954 in Assam, Justice Gogoi has had a long career in the judiciary. He enrolled as an advocate in 1978. As an advocate, he practised law in the Gauhati high court on constitutional, taxation and company matters. He became a permanent judge of the Gauhati high court on February 28, 2001. He was transferred to the Punjab and Haryana high court in September 2010 where, in the same year, he was appointed as chief justice of the court.

Justice Gogoi took oath as the Supreme Court judge on April 23, 2012. He is the first judge from the northeast to become the CJI.

Supreme Court will resume its operations on Wednesday.