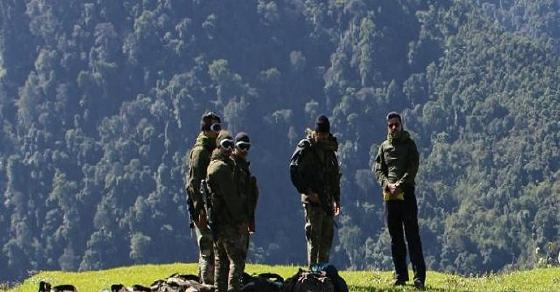 A team preparing to reach the crash site of the An-32.

New Delhi: A week after the IAF retrieved the cockpit voice recorder and flight data recorder — commonly known as the black box — of the crashed An-32 aircraft in Arunachal Pradesh, it announced that six bodies and seven mortal remains have been recovered from the crash site.

After eight days of search operations, the wreckage of the plane was spotted by an IAF chopper at a height of 12,000 feet near Gatte village on the border of Siang and Shi-Yomi districts in Arunachal Pradesh.

The IAF had also ordered a court of inquiry into the accident. It is one of the worst accidents involving a military aircraft in recent years.