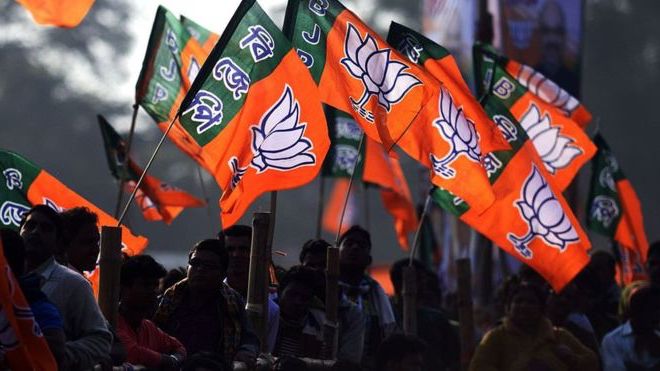 New Delhi: The Bharatiya Janata Party has sent a special invitation to the family members of around 50 party workers killed in political violence in West Bengal for Narendra Modi’s swearing-in ceremony as the prime minister. Modi will take the oath of office at the Jaipur Gate in Rashtrapati Bhavan on May 30.

Around 7,000 dignitaries and leaders from across the world along with many celebrities are expected to attend the ceremony.

According to news reports, at least 51 party workers killed in the last six years. Many of those killed lost their lives in violence during the panchayat election in 2018 and in the recently concluded Lok Sabha election.

Among those invited include family members of 46 workers who were killed in the violence during the panchayat elections and five who were were killed in the recent Lok Sabha election. The families are mostly from Krishnanagar, Barrackpur,a Purulia, Malda, Bankura, West Midnapore, Jhargram, South 24 Parganas, Burdwan, Ranaghat, Birbhum and Cooch Behar. Some of the family recently came to share their tales of fearful life at the BJP headquarters.

According to media reports, the family members of the slain Bengal BJP workers will leave on Wednesday by train and will reach the national capital on Thursday under the supervision of senior party leaders from the state. Elaborate arrangements have been made for their stay and care in New Delhi by the party.

It is to be noted that the assembly election in West Bengal would take place in 2021. After emerging as the principal opposition party in the state, it will seek to wrest power from Mamata Banerjee’s Trinamool Congress.

In this recently concluded Lok Sabha election BJP has emerged as second party after the TMC in Bengal. Out of 42 Lok Sabha seats TMC got 22, BJP got 18 and Congress got 2 seats.