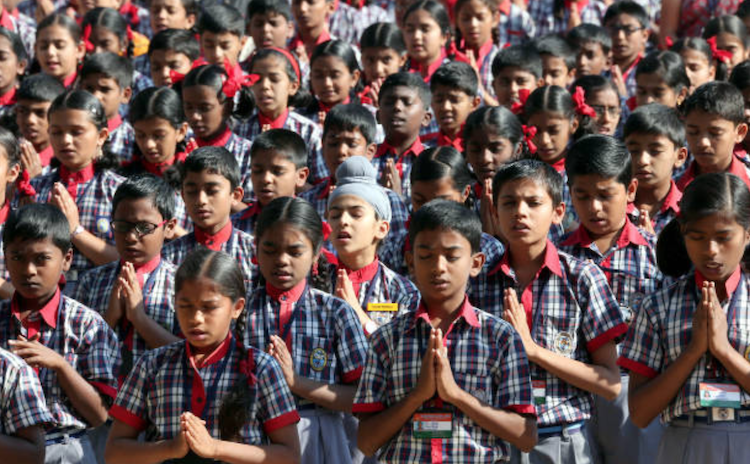 New Delhi: The Supreme Court, on Monday, has decided to take up the petitions filed in the court against compulsory recitation of Hindi and Sanskrit prayers in Kendriya Vidyalaya Sangathan schools across the country. The petitions were filed by advocate from Madhya Pradesh Veenayak Shah and the socio-political organization Jamiat Ulama-i-Hind.

According to the petitioners, the central government-run school has invoked Article 28(1) and Article 25 of the Constitution that forbids religious instructions in government-funded institutions and ensures religious freedom respectively. The non-Hindu and atheist students are forced to recite prayer against their conscience, the petitioners argued.

The petitioners have also asked for revision of Article 92 “revised education code” of the Kendriya Vidyalayas that ensures compulsory reciting of the prayer and punishment for non-compliance.

The petition filed by Shah says: “Article 92 requires the teachers to guide and supervise the prayer. In case a student does not stand with his palms folded and does not recite the prayer then the teacher is expected to bring the student on the stage to correct them in public.”

“Similarly if the teacher does not enforce the folding of the palms and the saying of the prayer then the principal is expected to reprimand the teacher. This is happening in (KVS) schools throughout the country.”

Jamiat’s petition, moved through advocate Ejaz Maqbool, says: “On failure to recite the said prayer the concerned student is reprimanded. … Since the said common prayer is based on Hinduism, the members of the minority communities who are forced to recite (it) are aggrieved by the said provision.”