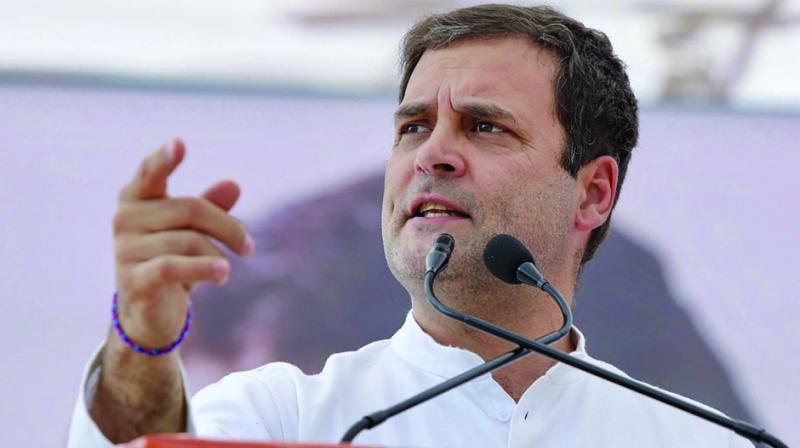 New Delhi: The Supreme Court, on Monday, issued a notice to the Congress president, Rahul Gandhi, on a contempt petition filed against him by BJP MP Meenakshi Lekhi, the court has asked Gandhi to explain his remarks made on the Rafale case verdict.

A bench headed by Chief Justice Ranjan Gogoi clarified, “We make it clear that views, observations, findings attributed to this court in the alleged speeches, remarks made by Gandhi to media/public have been incorrectly attributed to this court. We also make it clear that this court had no occasion to make such observation in as much as it was deciding legal admissibility of certain documents which were objected by the attorney general.”

The apex court has directed Rahul Gandhi to reply on this before April 22, and explain to the court why he chose to, both in the media and to the public, attribute the phrase “chowkidar chor hai” to the apex court.

The matter will be heard on April 23.

Meenakshi Lekhi in her plea alleged that Gandhi has attributed his personal remarks to the top court and tried to create prejudice. Senior advocate Mukul Rohatgi who is appearing for Lekhi said that Gandhi had come out in the public to make a remark that the Supreme Court in its judgement said “Chowkidar Narendra Modi chor hain.”

Responding to which the bench said, “You were right to the extent we never said what has been brought in the petition. We will seek clarification.”