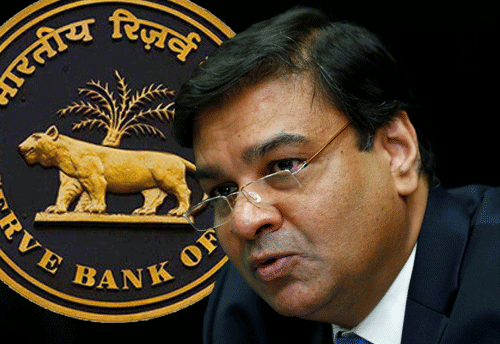 New Delhi: In a major setback to the government and financial market of the country, Urjit Patel, governor of the Reserve Bank of India, has resigned from his post, on Monday, citing “personal reasons”. It is widely speculated that the ongoing row between the central bank and government has forced Patel to quit nearly one year prior to completion of his tenure.

Urijit Patel, 55, had taken over as the 24th governor of the RBI on September 5, 2016, succeeding Raghuram Rajan. His tenure is said to be the shortest tenure since the year 1992.

“On account of personal reasons, I have decided to step down from my current position effective immediately,” Patel said in a brief statement released by the RBI.

Recently, the RBI and the government have been at disagreement over government’s demand to RBI to handover surplus reserve to the government by amending its economic capital framework. The governor had called the meeting of the bank board when finance ministry had asked discussion with the central bank under section 7 of RBI act that enables government to use its power over the bank.

The resignation of the governor came after deputy governor Viral Acharya had clearly defended the autonomy of the RBI in his speech at public meeting.

While commenting on the resignation of Urijit Patel, former governor of the RBI Raghuram Rajan said that the government should examine the circumstances that led to the current situation. “It’s probably only the second resignation in RBI’s history, may be the first explicit resignation, and therefore we have to look at the circumstances that have led to it. It’s a statement of dissent and the government has to be very careful in dealing with it ... so that the autonomy of the institution as well as the credibility is preserved,” he said.

Meanwhile, Surjit Bhalla, a part-time member of the Economic Advisory Council (EAC) to Prime Minister has resigned from the post citing the reason of “other work commitment”. He has declared his decision of resignation on Twitter.

Am in the TV studios CNN IBN ; as I explained in my 6.30 am tweet I resigned from the pmeac and the reasons were also given - consultancy with CNN IBN and work on a book about indian elections since 1952 and my resignation was effective Dec 1 when I joined CNN IBN