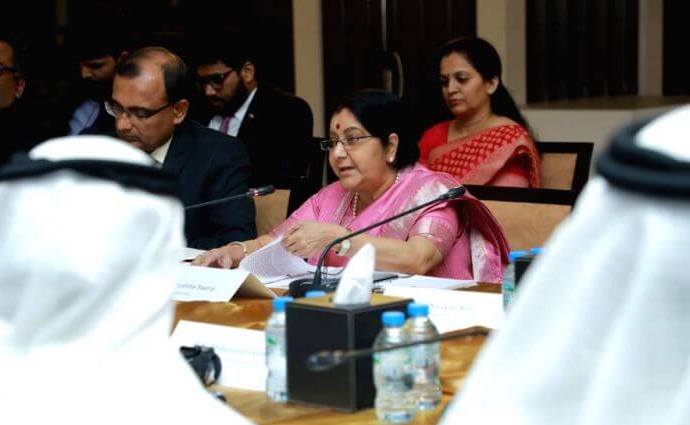 New Delhi: The Organization of Islamic Cooperation adopted a resolution which condemned “atrocities and human rights violations” in Jammu & Kashmir a day after external affairs minister Sushma Swaraj attended the OIC foreign ministers’ summit in Abhu Dhabi. This has been a standard template for all OIC statements over the last several decades.

The ministry of external affairs’ official spokesman, Raveesh Kumar, said, “As regards the resolutions on Jammu & Kashmir, our stand is consistent and well known. We reaffirm that Jammu & Kashmir is an integral part of India and is a matter strictly internal to India.”

Unlike previous statements New Delhi did not say that OIC has no locus standi but while rejecting the statement India said J&K is an “integral part of India and is a matter strictly internal to India.”

UAE foreign minister Sheikh Abdullah bin Zayed Al Nahyan said, “Let’s look at it from the positive angle. I think OIC has sent a very clear and positive sign to India … that OIC appreciates the relationship with India and looks forward to strengthening such a relationship to a point where we can embrace India one day in OIC. I know we are not there yet for obvious reasons but what I can say (is) that having India as a guest of honour was a historic moment for the OIC.”

Days after inviting India to the OIC, the body of Islamic countries assailed India for carrying out air strikes deep into Pakistan against the terrorist organization Jaish-e-Muhammed.