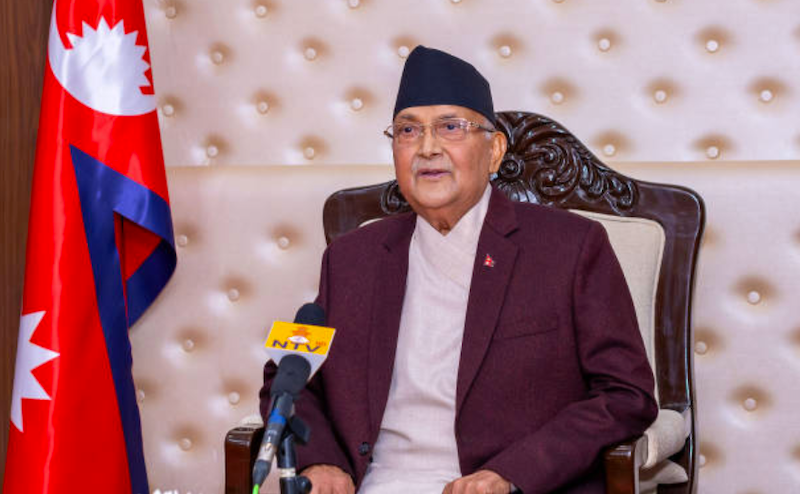 Khadga Prasad Sharma Oli, the prime minister of Nepal, said the “real” Ayodhya, which millions of followers of Hinduism believe as the birthplace of Lord Ram, is actually a village near Nepal’s Birgunj town and Ram was a Nepali.

Oli, on Monday, while addressing a cultural event at his residence marking the 207th birth anniversary of Adikavi Bhanu Bhakta Acharya, a poet who translated Valmiki’s Ramayana from Sanskrit to Nepali, targeted India and accused it of appropriating Nepalese cultural heritage.

Oli said, “We “have been oppressed a bit culturally. Facts have been encroached. We still believe that we gave Sita to Indian Prince Ram. But we gave to the prince from Ayodhya not India. Ayodhya is a village in Thori – a little west to Birgunj, not the Ayodhya created now.”

Thori is a municipality in Nepal’s Parsa district, which is around 50km from Birgunj. Birgunj borders Raxaul in Bihar.

To augment his remark, he said how can a prince from so far (Ayodhya in present-day Uttar Pradesh) come to Janakpur (in Nepal) for marriage if the Ayodhya claimed by India were real.

Oli’s remark also drew flak from sadhus in Ayodhya. Indian media reported that some accused Oli to be a “pawn in the hands of China” while others called for his removal from office.