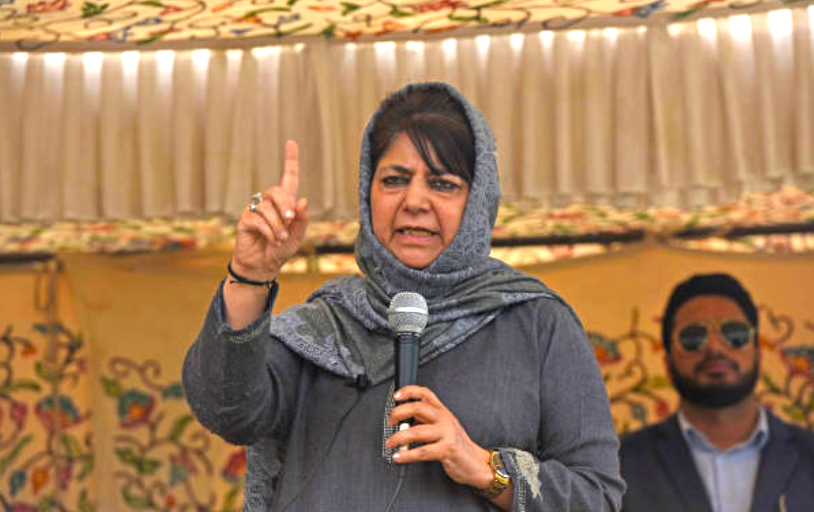 Former chief minister and PDP leader Mehbooba Mufti, on Friday, said that the deployment of forces by the centre in Kashmir and the statements given by its leadership in the recent days suggested “something big” is being planned.

Mufti, in a conversation with media reporters, said, “If you listen to the statements given by prominent BJP leaders and the deployment of central forces in the valley and how they are side lining the state police, it can instil doubt in the heart of any resident of Kashmir. All of it hints towards something big is being planned.”

She added, “It is a matter of life and death and identity for the residents of Jammu and Kashmir.”

• Bihar shelter-home case: Lalu Prasad attacks Nitish Kumar over Supreme Court order, says ‘do you have any shame left?’
• Kamal Haasan: ‘Why no plebiscite in Kashmir yet? what’s the government scared of?’
• Chandrababu Naidu says ‘collective leadership is the need of the hour’
• BJP says Congress’s revocation of Mani Shankar Aiyar’s suspension ‘matter of grave concern’
• In court, MJ Akbar terms Priya Ramani’s accusation of sexual harassment against him as fabricated